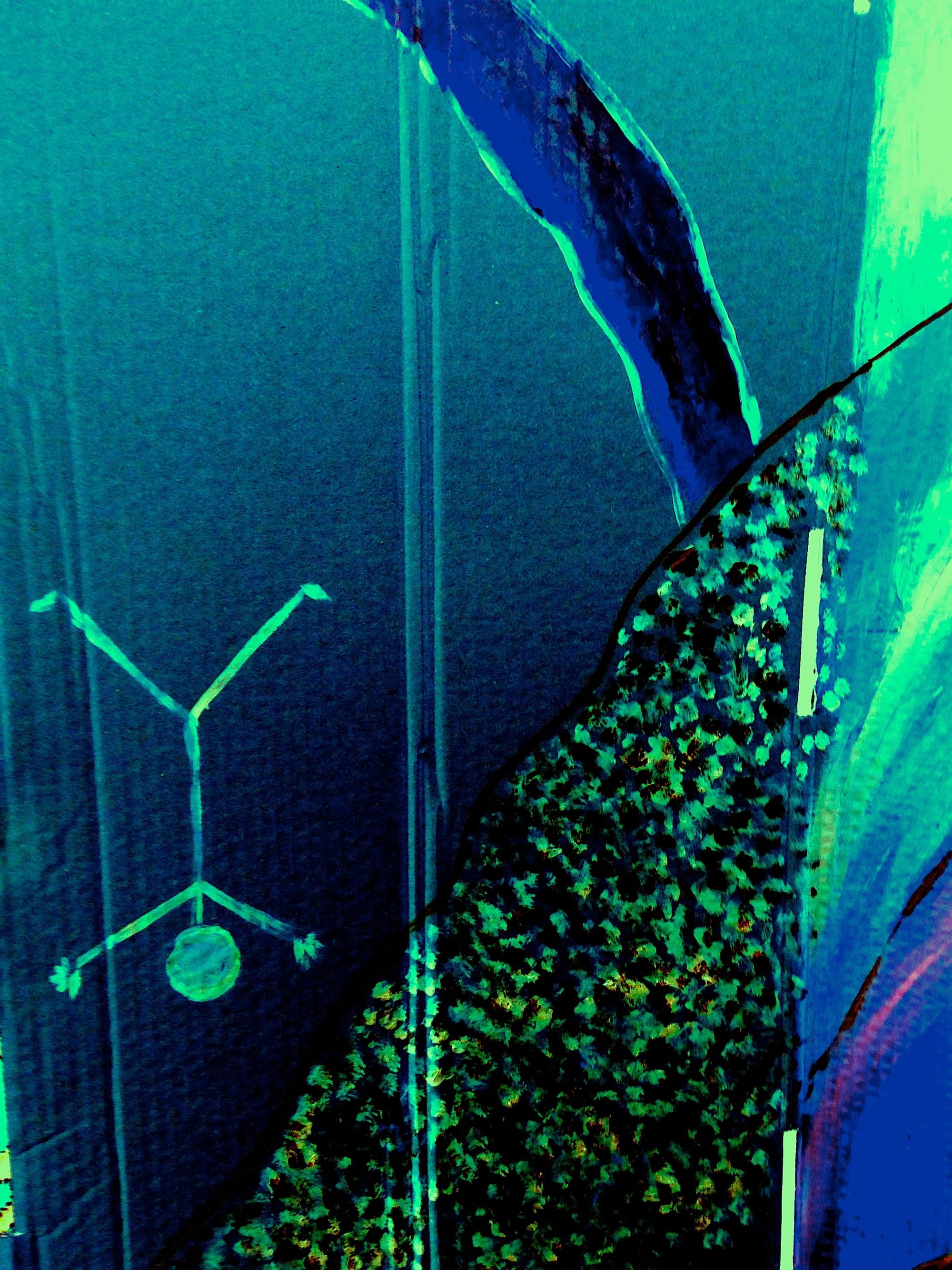 Whatever it was that constituted all this must, he reasoned, be both an entity and not an entity. The incident was clearly an entity. He was brooding on it right now. Yet it was also not an entity since it would not explain what it was. Only some causes bring things together into a unity. Horror contradictionis had long been something. He sat in his room – he now lived in the city, in lodgings which consisted of a bed, a wardrobe, a table and a pair of curtains – with a view of a dialetheic moon, waning and not in the same wink. Night was cold and then hot when summer came. It was a simple custom to note these things as they happened. Like resting a while after lunch if ever he got his hands on an egg or whatever. In bed he heard someone walking up and down, up and down, talking softly to herself. Humming? Singing? And here, around the empty centre of the room where no one belonged and where her songs became a most delicate and intricate piece of machinery. The hall was dim and all the doors were closed. There was a small nightlight above the stairs. It was the only house he’d known where he didn’t have to worry about making a noise.

Now then, he thought, which house is this one? There were cold spots. Laughter ran down the hall and then downstairs to a cellar. There were tiny currents in the air. He remembered thinking that the measurements were all wrong. Some rooms would never have fitted with the outside. At first this had seemed a flaw, and an absurd one at that. Surely someone would have noticed. Surely such miscalculation would have been nothing but harmful.

I can’t sleep, he added.

There was something running soundlessly along. He was clearly just awake and startled. Blankets pressed around him.

‘I can feel the whole house,’ he thought.

He heard other people looking for him. He built a fire in the fireplace. The wood was criss-crossed purposely. Coal balanced like dancers. Fire kind of blundered without stopping too soon. At the doorway he shivered like he did when he slept. He somehow knew that. Everything was six miles away. He put up a hand.

And here he was. He looked down at the slim iron grate. For a minute he couldn’t remember. Then he buckled beneath himself as if he refused to catch his body falling down. The stairway was straining under his feet like a lost name. He could almost believe the bending was alright.

'A God is not just for Christmas,' he muttered.

There was a probable collapse happening with delicate rocking. Humiliations came each morning. The fire’s hot intensities contained lyric strengths. He knew and feared them. With fairest flowers whilst summer lasts he traipsed around like a lug. He had the virtues of being up front but there was no one there to hear. He had an obscure taproot. He was finally stuck with himself. Best to seduce his own fable. There are mysteries that are just obvious daubs of himself. He might just about then have begun to dispute the order of his own affairs. And later he’d have been willing to bet against himself. What was on the brink? He was. He was interested in the hunt. He was shamed by the counter-punch. Submissions to the body stood inside repressions. What a joke. He remembered the blind girl from long ago pressing onto him. Her weight was a field of battle. She had rocked and swayed to herself. She had mimed his paralysis. Her body was a swollen orthodoxy. He was condemned to  a heretical solipsism. The indecency wasn't intellectual.

The dense abstracts made him walk about as if an occult cross-dresser. Mysterious chemical changes were operations at tea time over white bread and jam. Sitting there at the table was like being attached to a torture chamber’s most exquisite machine. He spends weeks reading Shakespeare in the library. He often just stares. Ideas are solitary, poor, nasty, brutish and short. His originality was about stealing what was being given away.  He is caught by the last Elizabethan age and sketches rules of thumb in cartoons across twists. He lives out hard, shaggy versions of Shagspearean plot. Seeing his mother in bed without Reegan he walks abroad with ghosts and goes mad. Seeing his neighbors’ girlfriend he walks city streets at midnight and goes mad. Seeing other’s wives and missing invitations to parties he hears witches near his own footfall and goes mad. Seeing a potential lover he sees alternatives, miscalculates and goes mad. Seeing his own heart as the very heart of loss he becomes fearfully vegan and  goes mad. Seeing his friends as wolves reaching for credit at his expense he sells his books and goes mad. Seeing mothers and wives and every women in the whole world wanting to tear him into pieces he goes mad. Seeing his dream bride and the whores on seventh avenue he refuses payments  and goes mad. Seeing pleasures lawfully restrained he mounts like a boar some or none in a fantasy inherently solitary and goes mad.

He is never mad. He is provoked and intense like all comedians. There is something indestructible about the clown. The walk can be a giveaway. The high voltage despair of clowns is all about the ball of the feet and the torrent’s heal. It’s a kind of bagatelle style. 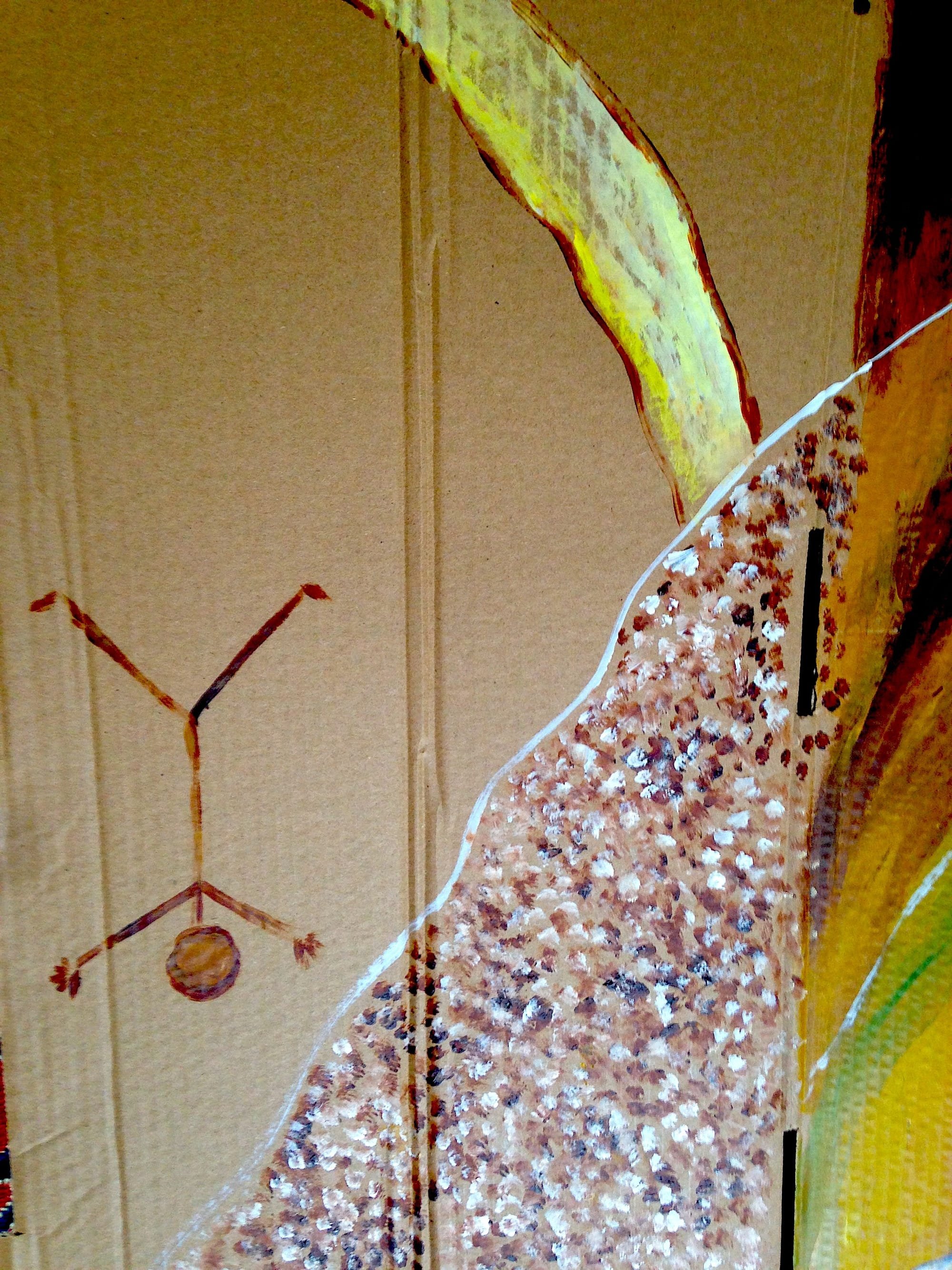