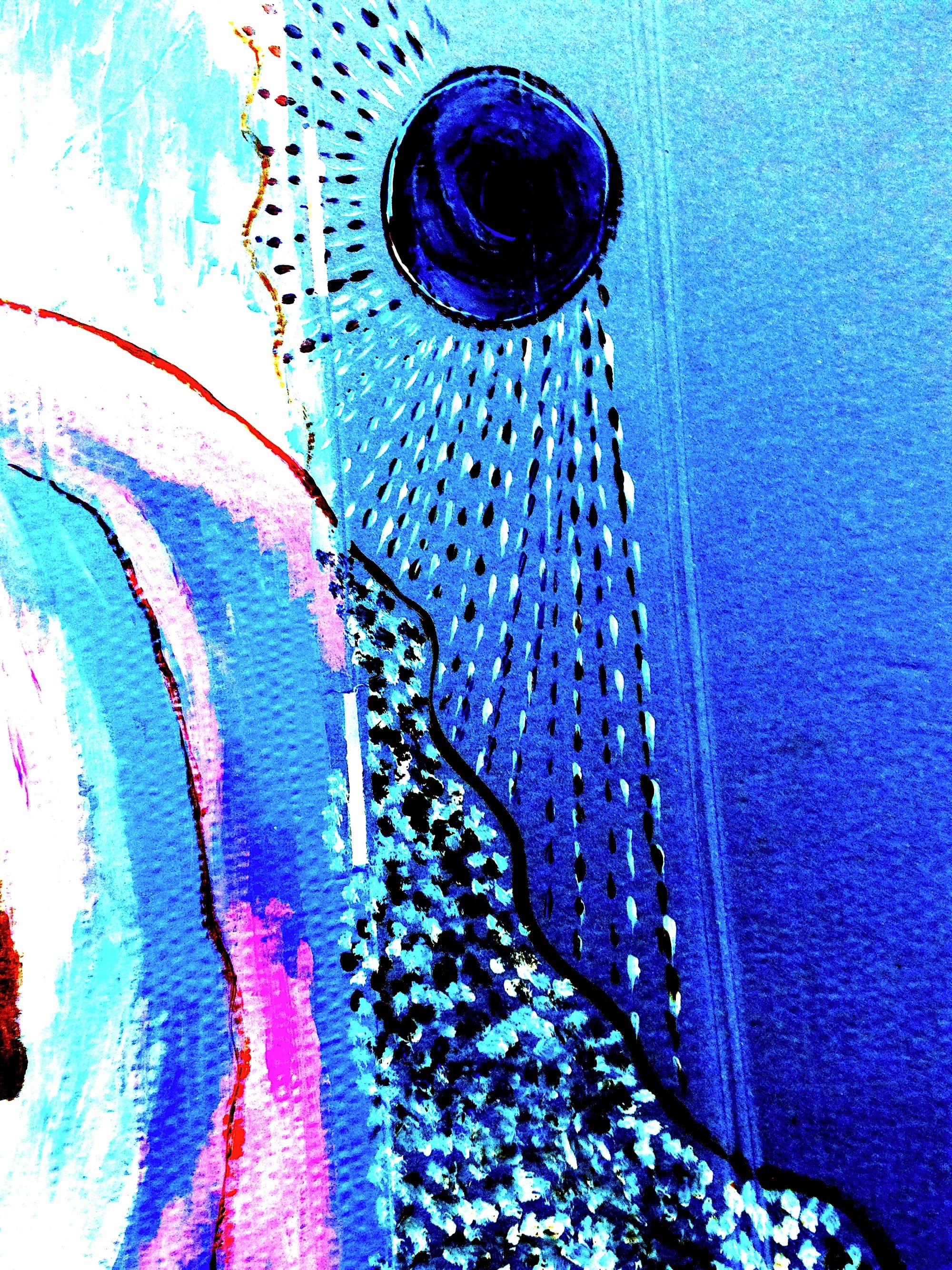 He wrote something along these lines in abbreviated outlines.

Meanwhile his dad Reegan at the time had shingles. His immune system nearly killed him. Long before all this he had kept a menagerie including pigs. He had no type of eloquence. It was a byproduct of verbal solitude and deracination. His body was a downward drift. He had the fits of lucidity grief brings. He lived testing how much he could bear. His tirades took the form of inner monologues performed strongly enough for the sake of the weak. The weak often had the decency to leave .

He rolled his shoulders and hacked tree logs off-duty. His spirits were contained in his body as instincts. Physiology was where his spirits got lost. Sometimes he stood up in church and sang so the air fried. His physique became a metaphor that interpreted his religion. He saw everything as if for the first time and then the world thickened out into a straight definite line. Much of what he said were signs that nothing else would be acceptable. He hated avidity, appetite, craving, longing, yearning, insatiability, rapture and inclination when separated from physiology, and when they weren't too. The life of the mind was something he terribly mistrusted because he saw it as an excuse. He never asked what made an idea possible but just wondered whether it was true. He didn’t want to understand anything but just wanted to know if it was there or not. The perfect simplicity of this had depth. He blunted his senses to keep out magic. He put his own dreams on the ground and trampled them mercilessly. He knew that even lovers drown. He thought enthusiasm is doing it when no one is looking. All criminals were enthusiasts. He vowed to keep looking out. He disliked the smooth surface of the narcissist. He disliked the camp emphasis of perspectivalists.  It all smacked of mental hospital subjectivism. His preferred characterization of everything was routine. He liked substructures to be heightened projections of people, places and actions, heightened so they could be seen clearly and tested. He was unimpressed by those he met whose mania was for satisfaction. Nevertheless he thought that somehow there would be an exchange that would give him peace. In that he was a romantic.

For him it was an absolute to reciprocate a duty enforced by law even if it tainted the act of giving. He saw this as the inevitable trade-off. The best gift is superfluous without deteriorating to a functional exchange. The practice rests on redundancy lying outside the marketplace. It’s anxiety is of the possible rejection of the gift. Atonement transposes punishments to the symbolic realm. The hose pipe in the garden watered the plants in dry spells but also cleansed. He saw the filth in people’s hearts and their transgressions were stains he wanted to wash away.

‘They’re filth. In their hearts, they just don’t wash. It makes me sick, George,’ he said to his partner.

‘ That’s not for us George. There are ransoms that have to be paid no matter the cause. You know that’s our line. Sad but true.’

‘We’re gestures that mingle gift and expiation. The public thanks us in the end. We become projections of their lousy selves.’

‘People say we’re too harsh. But think about it George, think about the violence the scum actually deserve. The violence they ask for and know they deserve is off the bleeding scale George. They know it and we know it too. What we do is stare straight down that violence and substitute the law for it. We treat ourselves as innocent substitutes for the crimes they’ve done. Because if we dealt with them according to the proper price, well, the violence would be terrible. And so everyone goes home happy, telling themselves atonement has occurred. We treat all of them as if they are innocent but inevitable victims. We’re like the Christians, George, merging the victim and the sacrifice into the same person. It’s a cosmic scandal and we’re its perpetrators.’

‘Why?’ Reegan hesitated in between the thought , the expression and something that lived off-limits, just below the water-line so to speak.

‘So the public can have someone other than themselves to blame. The criminal gets to be both our victim and our sacrifice so the public can blame us forever. It gets them off the hook. We pay more than we owe. That’s the calculation in all this. We are obliged to catch them, right? And we deliberately hold them from the violence they deserve right?  And then because everyone fears the law George, we get blamed for doing our duty, a duty of law done on their behalf. So we are paying twice. Everyone's a cage and we're the soddin bird they're looking for. The only kind of law is the one that stabs you back. ’

He pulled a drag.

'You see any hope out there George? I see it but it's not for us. Not for any one of us. We're all craving to get to the point of no return but it's always out of reach. Then again, that itself is a point of no return too. I never held back from the sufferings of the world George and I never ate quiche either. With me, first impressions are very reliable. Never doubt it, everyone's guilty. If I'm a dream I'm the one you wake up drenched in your own ordures. I have nothing in common with my life. I lack only myself. To be perfectly honest George is like knowing salvation's not coming but still wanting to be worthy. Only an idiot knows who they are. A drowning man might feel relieved nevertheless if his body was on fire. I like to take away goodwill and then see what they are. Most just disappear. They all think they've somewhere to go and they know the way. But when you come to think about it, all they've really got is a hesitation that lasts them a lifetime. Each one of them, I tell them, I say to them, listen scum, I am the only one you ever needed to be free of. I am the only law for you. And you blew it. How did you blow it? You first started thinking you could escape. And then you realised you already had and didn't like it. You know what George, Policemen are like poets. They tell everyone what they already knew and cross thresholds without words.'

'We live out other people's parables. Does that make us real, or just real parables? George my son, any which way, this is a mess. We should only crave what'll harm us. Everything else is just shame fit to outlast us. My useless degenerate son told me a story about a doorkeeper guarding the entrance to the Law. And the door was the door that only this guy could go through. But he wouldn't let him in. And when this bloke was dying the doorkeeper then closed the door because it was useless to anyone else. But I told my useless degenerate son that that was a load of rubbish. I said that the story gets the whole thing wrong. The doorkeeper wasnt guarding the entrance to the Law. He was guarding the exit. Typical mistake of those who never test themselves with the world. Afterwards of course I thought about it and worked out that the author probably knew that and was deliberately giving out false information. My son's rubbish.'

'Here's another thing, George. You ever noticed that houses where something bad happens invariably leave doors open. Descriptions aren't proofs. Eye witness accounts are like suicide: they banish doubt. The way I see it George, the strangeness of people can be calculated and included in rituals of the law. It's why the law remains mysterious. You just need to stop seeing perversions and see them as abbreviations instead. Like the immediate answers to any deep question you might find yourself saddled with. There's safety in numbness.'

'You think anyone wakes up innocent guv?'

' It makes no difference awake or not. The big issue is interpreting. There should be a law against that George.'

'When you think about it guv, life's just a law of averages.'

' You know what George my son. If there wasn't the threat of us coming to anyone's door at any time, day or night, rain or shine, if there wasn't that threat, well then, everyone's lives would be just an endless line of terror. With us, the terror only arives if and when we do. We're their shameful hope.' 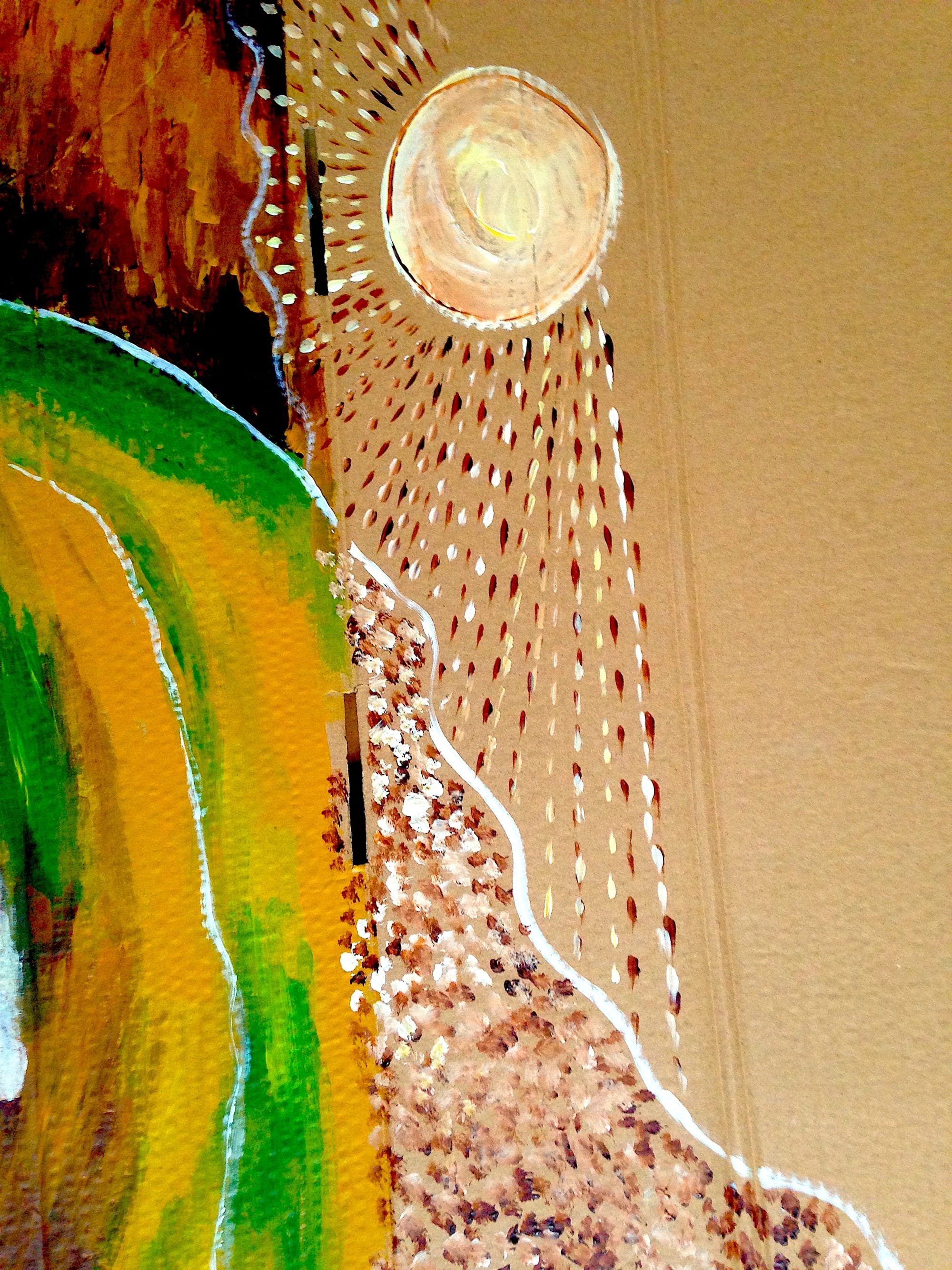