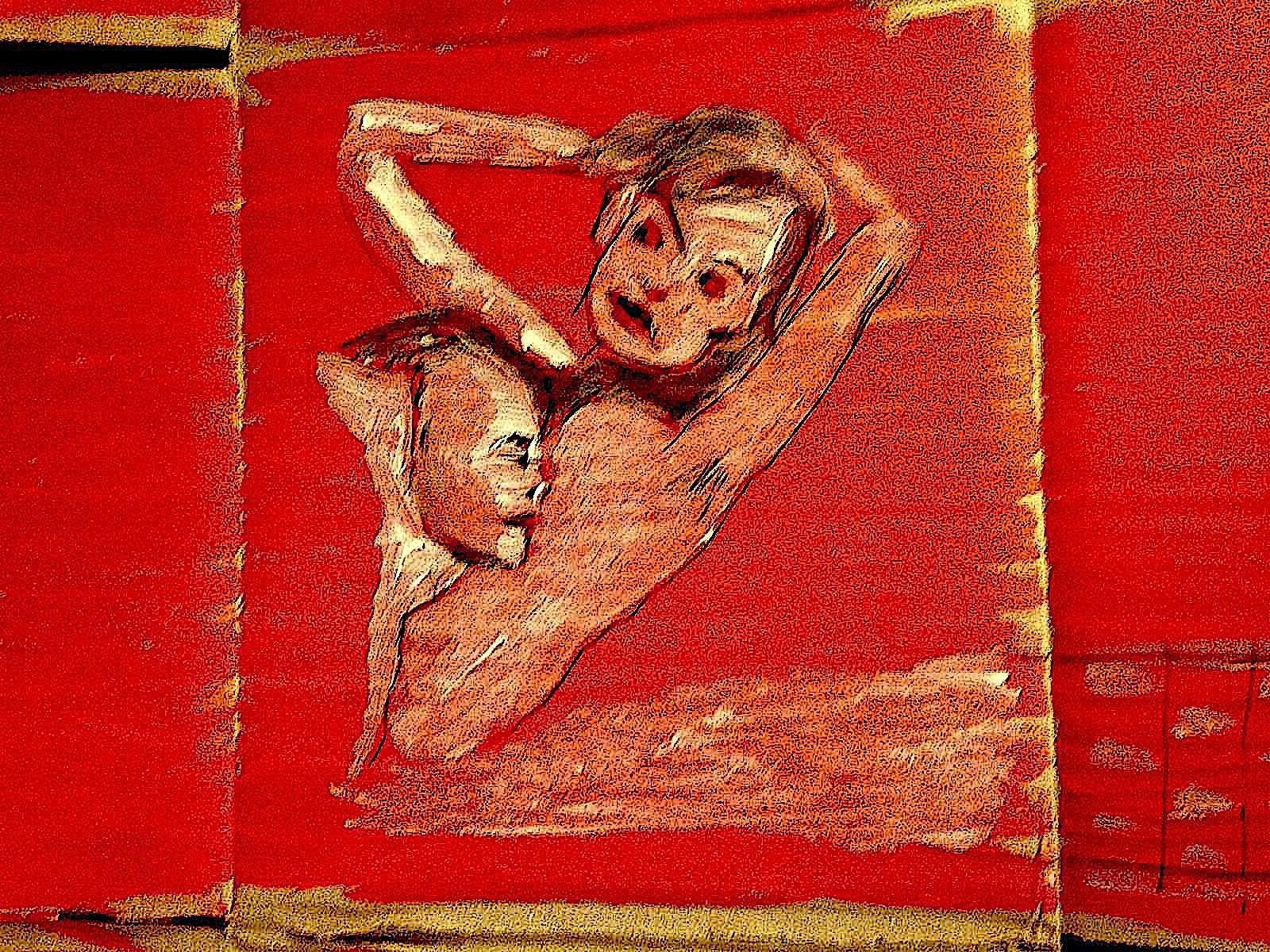 S was laughing in the dark. She had, I suppose, waited long enough. The limes looked lovely against the sky, edged with dark malice. There was a dreamy laughter in the edges of a perforated voice.

‘Johnny, how neatly you make one and the same woman be in many places of your heart and your life. And all at the same time. You cover them each with the same frail dust of your own fate. And you say that this, this very fate, is a whole over the multitude.’

Johnny’s anxiety was a crawling bug. He’d seen on monochrome tv how they come across hot sands in darkness and walk into the mouths of sleeping beauties.

‘So your fate is divisible. And these women you imagine only take part of it. No longer does all your fate cover anyone.’

The hot nights. The cold nights. The dark with the open window, his cold feet, and S is over him, a longing floating across his bed, not touching him but hovering close, between him and the ceiling that stretches insanely high into a pitch dark. Behind her voices went on, quick and sharp then laughing and slow.

‘Perhaps each of these women are just one.’

‘ Or there never were any women at all.’

Johnny’s not in a causal flux. Not here anyway. He’s whatever he is in virtue of whatever properties, sparse or abundant, he bears. He is a network of relations, gerrymandered at will. Everything exerts a gravitational influence on everything. There are relations for Johnny in this world that occur in all worlds where he exists. Are there nothing but relational things? Johnny’s self nature dissolves into relationships that aren’t there. Anxiety reveals the nothing. Relations and the emptiness.

‘You’re nothing,’ said S, hovering in the dark.

Can tears be spared for an abandoned soul? Then how more difficult for one not there would it be?

‘No fancy sauces, no women waiting on him,’ she explained.

Trees look like graphs. Johnny is only a causal relation in some worlds. In respect of DNA, he’s not the same as the cows in the meadow. Him now is the same as him then. Abstract objects seem to have the same identity over time, but Johnny’s not an abstract object. Johnny stays both the same and changes. Change requires this relationship. It’s a relationship to emptiness. Two mirrors face to face. Each reflect themselves and their content to infinity. Or a net of jewels where each jewel reflects all the others. Or a point in space where everything is present , including the earth which contains the point in space. Or the house that contains everything, including itself, which in turn will contain itself, which in turn will contain itself, which in turn ad infinitum. Turtles all the way down kind of thing….

Johnny is the backdrop. That’s what his anxiety is telling him. He’s the backdrop that makes no difference. His nights are vast interpenetrations of despair. His days are its negligible inheritance. Unexpected epiphanies can’t make sense to him. He gets his due. It’s as if he’s being led to the slaughter by a comic. His cheeks could have been more sunken. It would have been fitting. His smile wasted away. Patience, intelligence, honesty, character, firmness, calculation, a magpie on the roof, well, what was he supposed to look out for? If there’s nothing higher than that then no wonder punishments are unusual and frequent and lack conviction. That was insufferable. Everything is careless, either that or there’s a haughtiness in the eyes of people he meets. Exaggerated honesty is still honesty, but these aren’t that way afflicted. They’re pious and indifferent to anything but what we’d used to call a dowry. For better or for worse but there is not the slightest doubt about the affair that it was lost. Will everything explain itself? It is doubtful. Johnny is worked up but why? He has nothing to lose. All around him he considered himself betrayed by obscure circumstances that even if he had sat down and thought long and hard about he would not have been able to discern clearly. The nature of his predicament would easily be mistaken for humility. In truth, it was a damned pursuit of adversity.

‘What are you looking at?’ asked S.

Johnny crouched in the snow near a tree, pond and a wall.

‘It’s here the turtles go all the way down,’ he replied.

The agony of his passive condition reached an ultimate. He spent hours walking through slush and visiting the libraries, bookshops, church’s (though most were under lock and key) and parks. In three windows he’d noticed hung red curtains, as if they had no guests perhaps. He thought quite angrily that he was well within his rights…. But the thoughts trailed away as if question-begging and unsound. An inner agitation came upon him in fits of wounded pride so that even tears infinitely deferred fell all together. The city now was a monochrome aggregate and the individuals weren’t real beings – how could they be – but were further aggregates, composition after composition. The pale thin existence was forever seeking a ground which couldn’t be found. The pigeons pecked through the layer of yellow stained snow as if efficient first causes. But Johnny railed against a revealed termination of regress.

Outside the city cathedral he saw his own breath following his own breath without intervening links of the same. The great cathedral rose from the snow and the surrounding grey twilight, a huge and grey structure within the greyness of everything else. And inside he felt the illustrative hollowness as confirmation of the emptiness even of this. Everything held together in relation to everything else, and this, the structure of those relations, it too was as empty as anything else. He rushed away as if disappearing as an implication of his own analysis of the situation. If everything disappears then how can there be more than nothing? He wandered into a huge department store and smelt the perfumes and his frozen body warmed up. He rushed to the cafeteria and sat at a table near the edge and ate the remains of a cake that had been left on a plate by one of the customers. The sweet food calmed him down. Nothing ever seemed to bottom out. He always seemed to be left with further things that hadn’t yet been analysed and which, at that point , had still a non-relational being. Everything is a network. And the network is just one part of itself. Like a mirror reflecting a mirror. Blah blah blah.