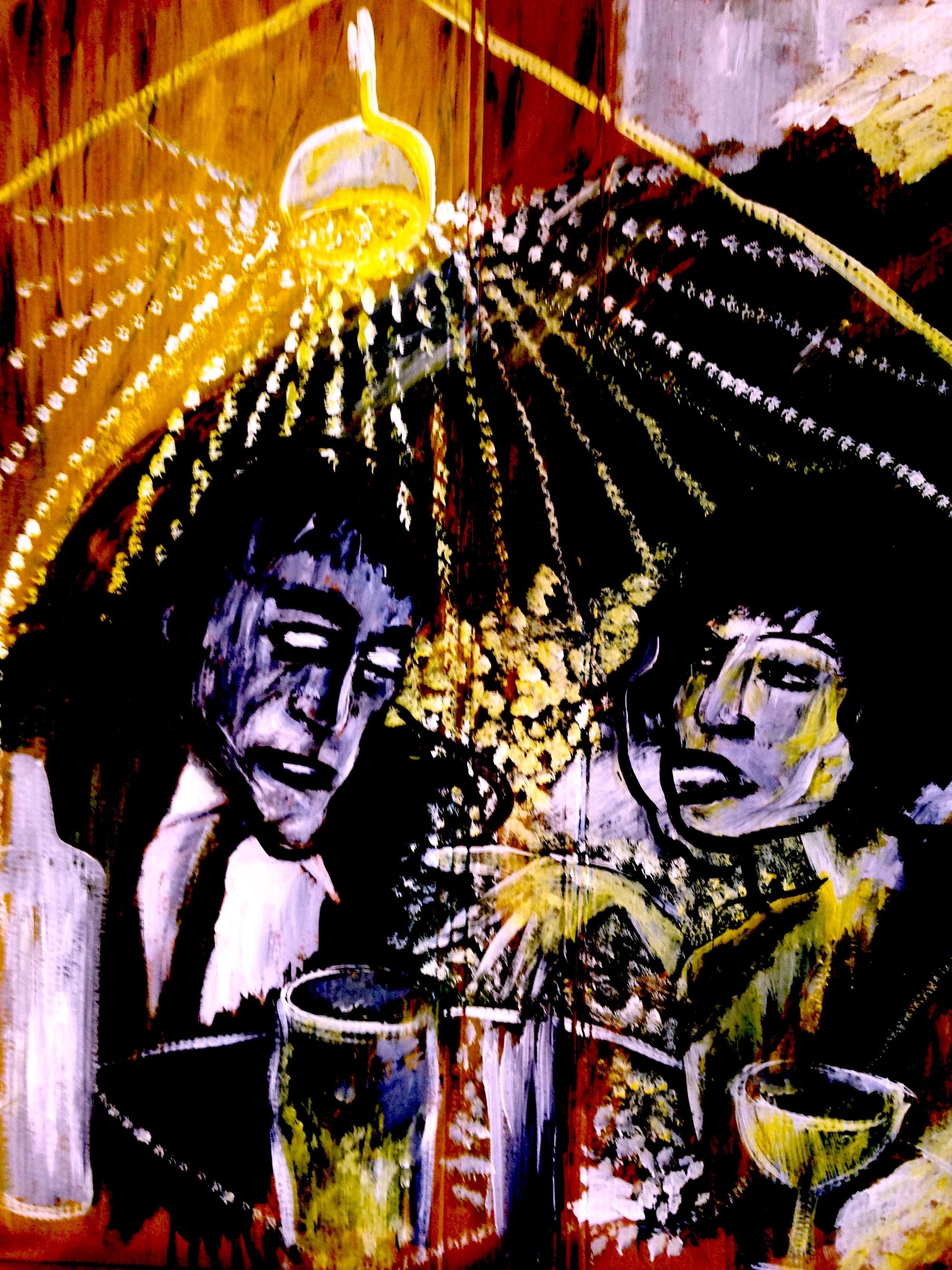 He rarely had anything beyond twenty paces. Nothing struck him beyond a horrible mechanical drama. He reached despair, was broken and sagging. Words were marks of emancipation. All things that exist are marks of emancipation. It was like a rebuke. Words are nothing over and above emptiness. This explained why he jabbered in a language that was part of the world.

Everyone was drunk a little. There was a repugnant disparity in the word that they all felt. It was easier for the fool than the wise. But evil was a luxurious life.

‘But then, where does the structure of language come from?’

It was vulgarity that brought with it scorn. It drew on deeper and deeper prompts.

He paused. He felt that so far it was going well. He felt a few coins in his pocket and peeked out into the darkness. It was as if he was pretending to be himself. ‘I’m quite alright,’ he told himself.

‘It’s not always like this you see,’ he explained.

He frowned , as if inspiration had stopped at his elbow. He maybe reasoned that tomorrow would be better than today. For the time being he thought it his own affair to resolve, although quite what was obscure. He cast out a defiant stare and thought that maybe a few of the faces were laughing at him.

‘But how can that be? The structure of language is what we were trying to account for. Conceptual constructivism is a vicious circle,’ he concluded with what he hoped sounded like a decisive flourish.

There was a disappointing murmur that seemed to have nothing to do what he had said. In fact as he looked around he realized no one had heard anything. This brings an additional humiliation. His mind wandered like hundreds of ill-tempered flies. He dreamed later of the whole lot of them rising up and killing him with hatchets and fires. In the background a windmill was burning its cinematic auras. But it was just a dream. He apparently drove it all away, sitting somewhere with a strong coffee and a very thin cigar, both signs of self-indulgence. In a way he was keeping his own back. He hit on the idea of buying flowers and ended up buying the lousy cigar instead. He felt he couldn’t stand another minute. He knew that he could never be loved by anyone he himself loved. The deserted café was not fashionable and jerked itself into sporadic movements. The map that represents the town cannot represent whatever things make it function as a map. He stretched out on the spot, coffee mug in hand, his cold fingers a change of habits. The dissociation between spirit and sex counted as virility. It used to be the preserve of masculinity but was spreading out. Representation is one thing, application of it is another. Yet application and representation are not separate. Representation presupposes application. He let a stream of smoke from his mouth move like mute cinema and looked down with quite an unpleasant scowl on his face. He was anticipating beforehand. He was full of long and unanticipated silences.

He walked as a paralysed man walks. He passes the woman and she looks at him. It is the look. What is it? Vadim called it a look like the contact of sexual organs. That was good. As if we might have just gone and murdered an infant in her cot and then intimately touched. A terrifying look that moved off further and further in the wrong direction. A look of paralysis, indecision and the necessity of quick choice. A look of looking backwards. A look heralding the beginning of defeats. A look of lost sexual indignities and coarse revenge. A look that stopped by lousy hotels without washing first. A look as cordial as a question deprived of its own object. A look where there’s nothing in advance and yet we have to ask about it. A look that absents itself for the following reason. A look without a predicate. A look that’s a precondition of everything. 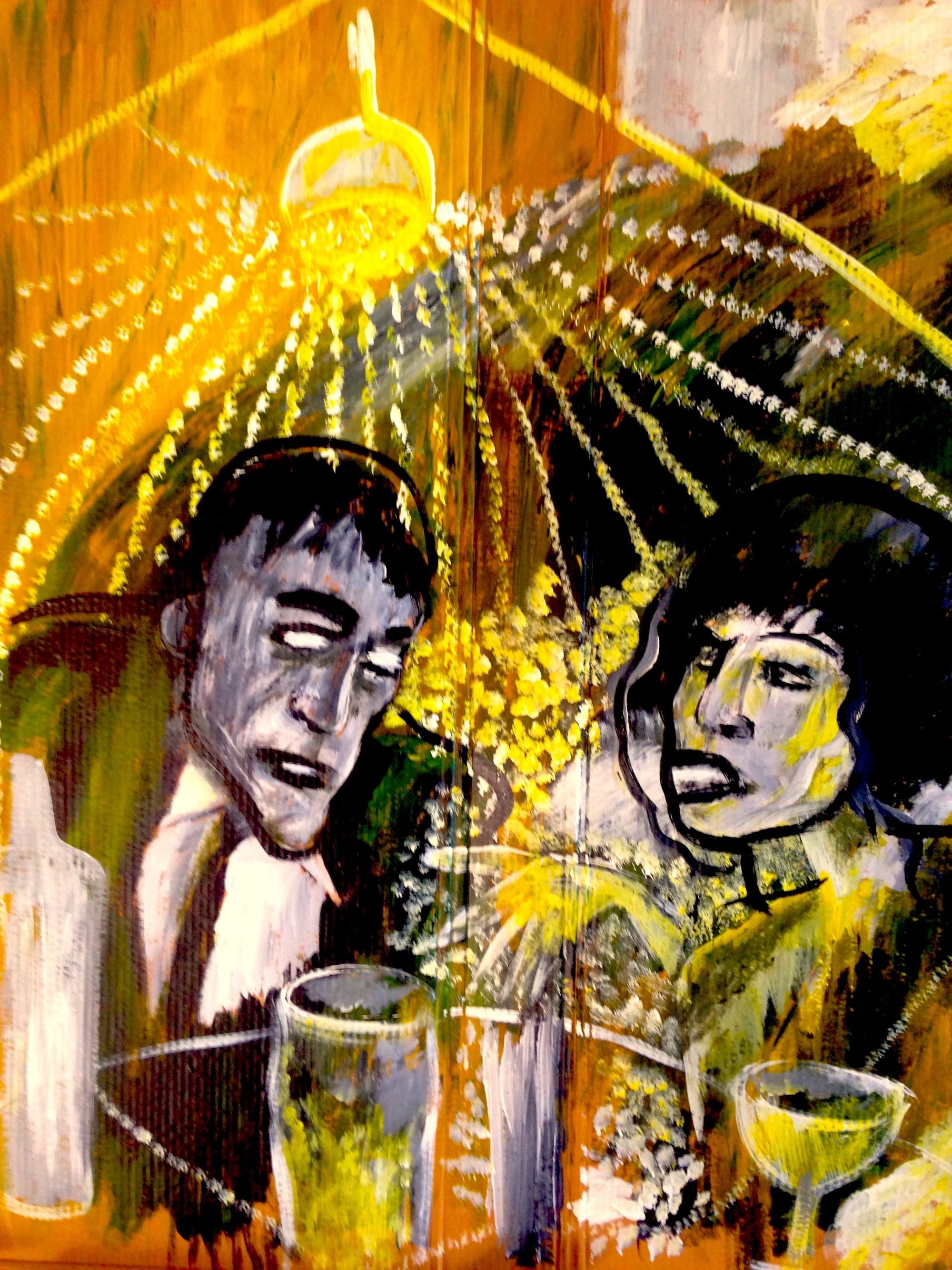