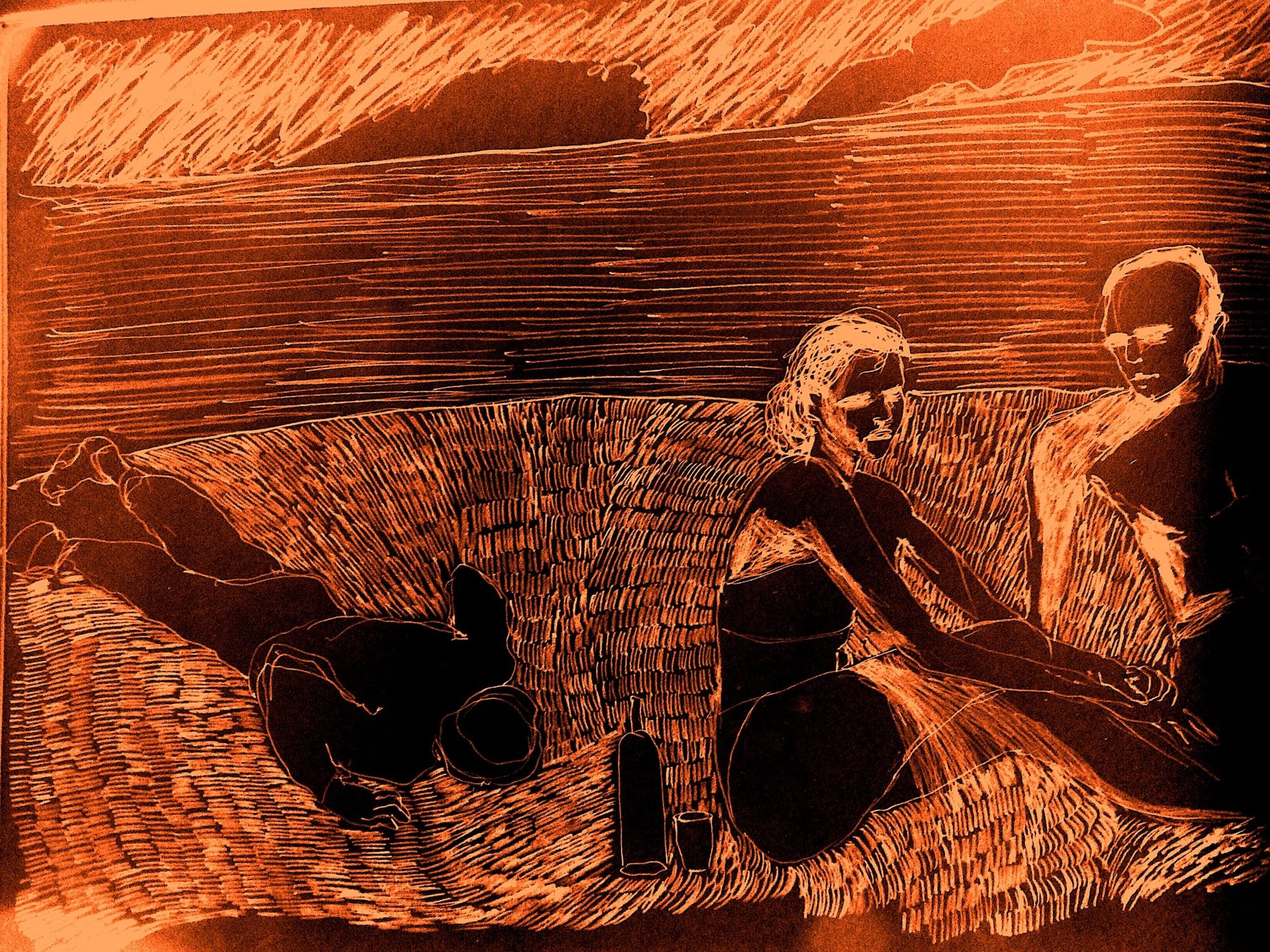 However you look at it, he went through a phase mediated by one-sidedness recalled as brutal violence. The killing of the bullying of the humiliating of the eroding of the raping of the beating of the forming of the…

English is the great nominalising language. It can nominalise any verb and at the same time preserve the verb’s quality as a verb. The gerund is an exchanger between grammatical forms. Language remains in permanent flux and indeterminacy. The translator is continually stuck between its flight and message. It minimizes the gap between verb and noun. It twists away from the fact. It retains only the event. Events become expectations rather than accomplishments. The progressive indicates it’s begun but not yet done. At last Johnny was seeing his true fate. This wasn’t a point about duration. He was hearing voices. Knowing was rarely progressive. He seemed mixed up. It cannot fail to have been noticed. He be being made a present concern for his past or future pains, no pleasures. Reversibility prevents reification. This ease has a flip side. It forgoes translation.

He walked to school. The mile was cold and a miner punched his face. A girl cried and blamed him. He was set upon by a mob. He bit several and raked eyes and cheek bones. There was the despair of all solutions to despair. It would never be good enough to be right. All these tricks were useless. He cleaned up in the washroom alone. There were whispers of outsiders coming. He shrugged. He came bottom in a test. He forgot to write down homework. He handed in homework late. He coloured in maps but ran out of colours. A girl watched him without blinking. He ate in the canteen with his admissible face and a sort of universal look. His calmness was a semantic trick. He continued to hate French. He was inclined towards closing his eyes for periods of non-conformity. He stayed in the school library until it closed. He stole the odd book. He stuffed them in his bag. He left the school when it was nearly empty. He felt that he was a phase of the process. He was well beyond the mouth of the rivers is how he put it. He sat on grass banks and read the books. He turned the pages as if next would come release. He sought the secretive remnants. The passage from this moment to any other is scarce. There was an accumulating weight in all this. He walked up the lane. A boy tried to punch him but he dodged. A big boy tripped him up. Everyone laughed down at him. He spat at their faces. His mother smashed his head against a door. Reegan beat him with the plastic hose pipe. He slept on his front so as not to bleed on the sheets. He read so that he could condition existence against limitlessness. He buried a pet. He listened to owls marking their equivalence. He contrasted pairs and twins. He was paid to babysit next door. They left early evening and came back late. He watched their tv. He watched everything he could. He never tried to explain anything. He sat and watched the tv, he remained largely insensate and unconscious. There was , he recalled, another blind woman. Not with gin-coloured eyes. Her eyes were blank and large and had grey film across them. Her face was larger. Her limbs spread like frost. She was a kind of emphasizing. With her, he thought, I am well beyond the mouth of the river. The winter sun was what froze certain conditions. The summer sun picked up his limits and refused verbs. Autumn was a strange sort of willing. Spring a damned eternity. All the seasons came and went as he walked up the lane to school and then back again. Day in and day out. Back and forth. Back and forth. Back and forth. Back and forth. So now we start. 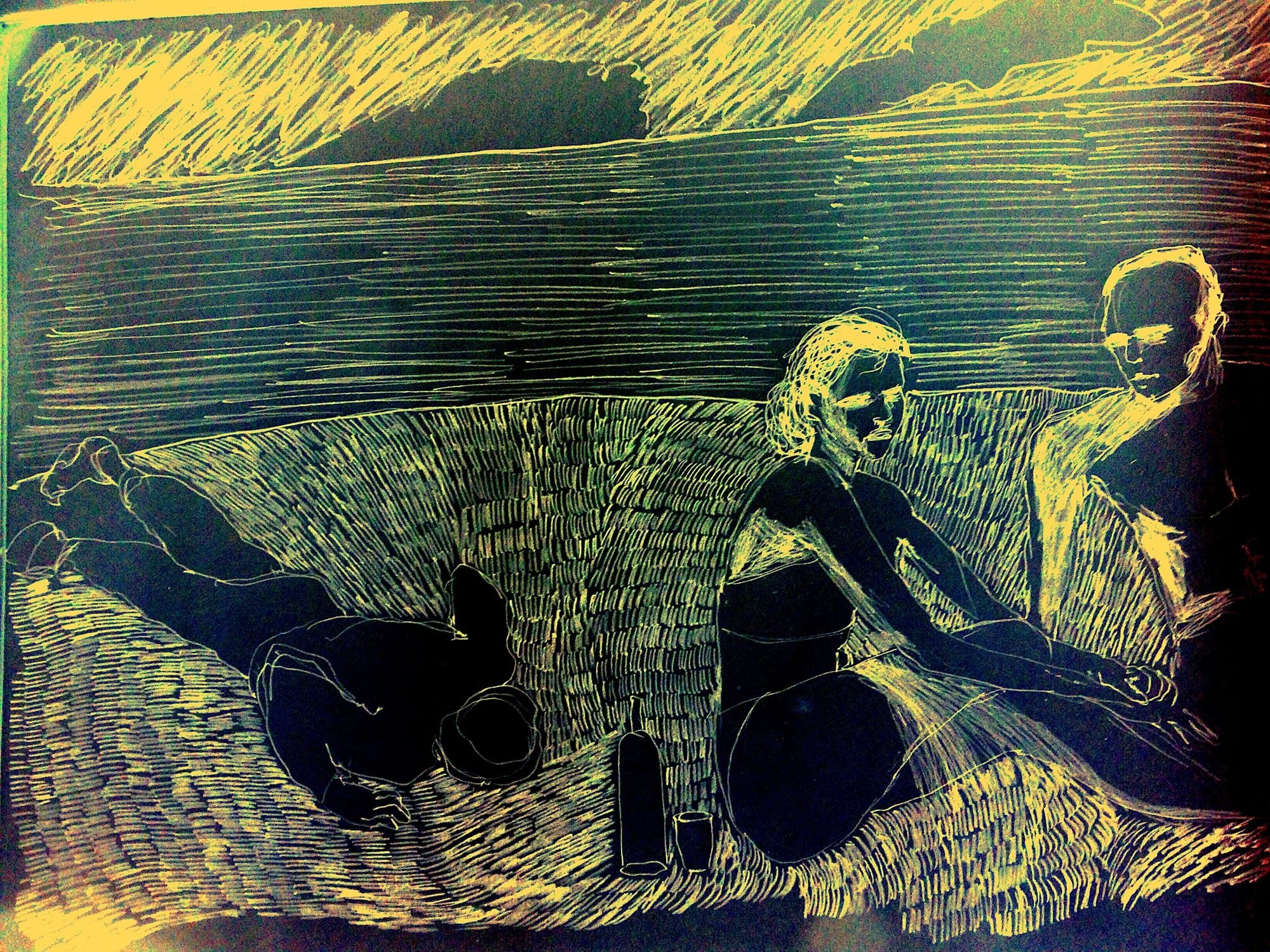