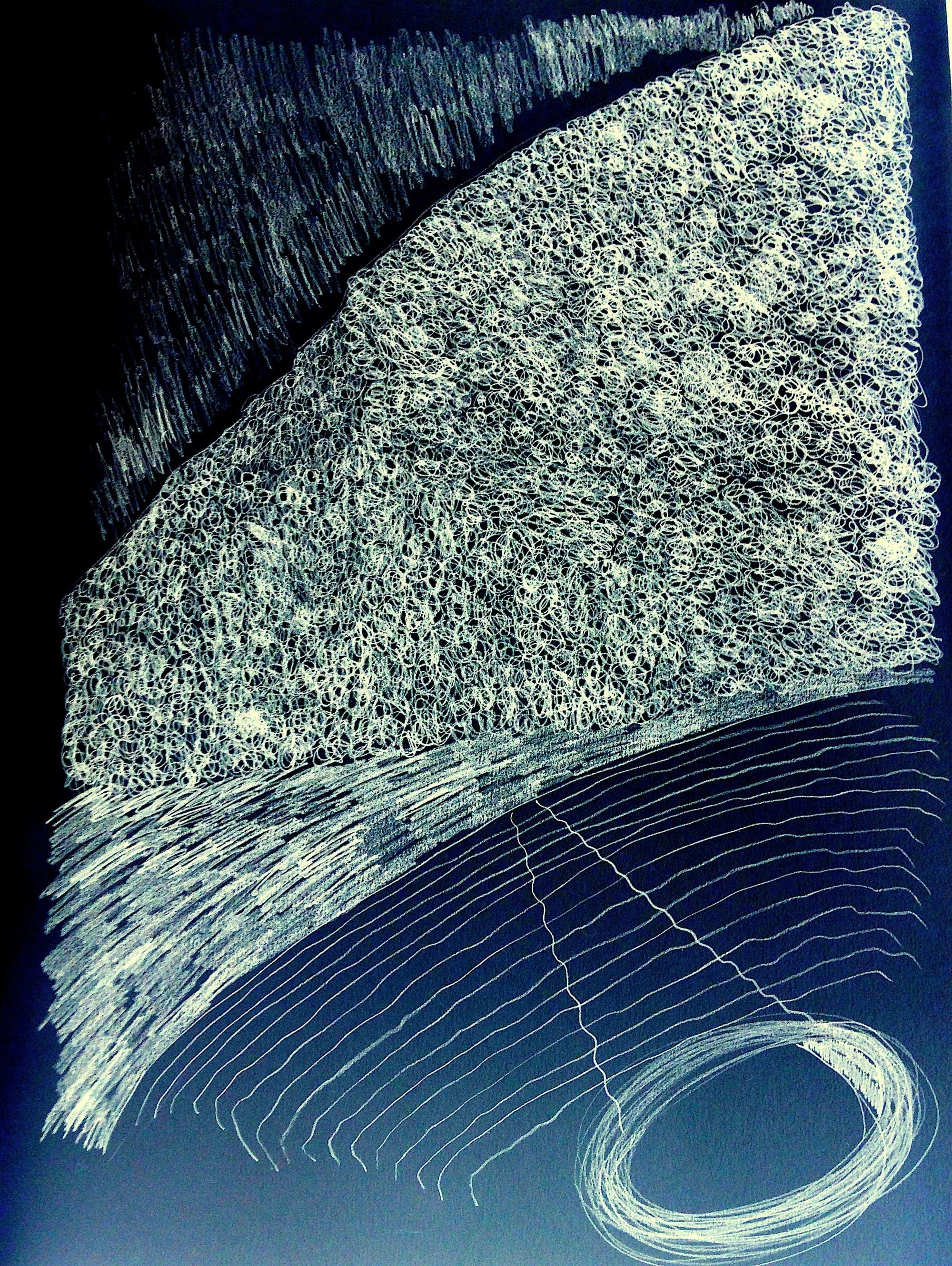 Johnny’s inner life was confirred like a stone’s. Beetle’s whirr like cracked bells in a steeple. To certain dying men there’s always the sound of water calling. Out there it’s not too distant. He kept his money and slept alone. If he was going to hell he was doing so with pointed shoes. Innocence leaves a mark on you but no one knows what it looks like. So how does anyone know for sure? His soul is sinking into the middle of next week with each pint of Bitter . He gets dizzy when he looks down. His nose bleeds whenever the sun shines. It shines like rubies between his fingers. The sandman is running along the wall. Shut your eyes. Shut your eyes. You’ll go blind if he looks at them. He was thinking this whilst at the same time his friends were telling him that there was a revolution coming in science that would leave him breathless. He was like a little piece of a broken mirror. Strong beliefs conflicted. He was on one side lifted up. The other disorientated. Floors resisted him. His pain was a good intention going too wide.

Nights were about remaining clothed and indicating to anyone who might be concerned that he hadn’t slept. Meals came in and out exactly the same. Some days always felt like the end of March. His humility often overran his decisiveness. The deeper he went on the worse it was. People got used to not looking up. He got equally used to not departing on time. Instead of slamming doors he merely nodded. When things did happen all he wanted to do was describe them in detail. His usual move was the immediate cancellation and no refunds. He was certain that the few people around him stayed awake when they thought he was sleeping. His back was always cramped and something was growing in his stomach. Life was a kind of completed lapse. The gin-eyed woman sat erect even as her complete forearm had disappeared. He didn’t know what to make of that. Nostaligic longing, broken loves, ghostly dialogues carried across his distress. He’d endured years of unhappiness for this. There is a tragedy in accidents that persist. That’s what salvation does when inhuman ordeals reverse their tacit accusations. When intoxicated Johnny never stooped to allusions.

Shame was more than a situation but less than a dimension. He seemed only to exist in a kind of fury of manias. The room exploded with green and yellow tension strands. His stubborn body stayed between the lines of anxiety and phobia like a squeezed divination. What struck him about the woman at the table was an exaltation of her senses and a medieval folly. His own lethargy seemed to feed off her frenzies. Her sensuality, passion, imagination, revolt and fantasizing doubled up with his own restraints. He read that insomnia leads to violent death. He found himself laughing when he meant to cry. He abused wine and the Vulgate. He bordered on attributions. He put it down to being so close to her great nature. When later he learned she had gone blind he thought of it as a final holy excess. He rather glumly noted that even as her spirit was quickening her body wasn’t profiting. Nor his. Yet he was responding to her other head, which lay inside like a belfry spider.