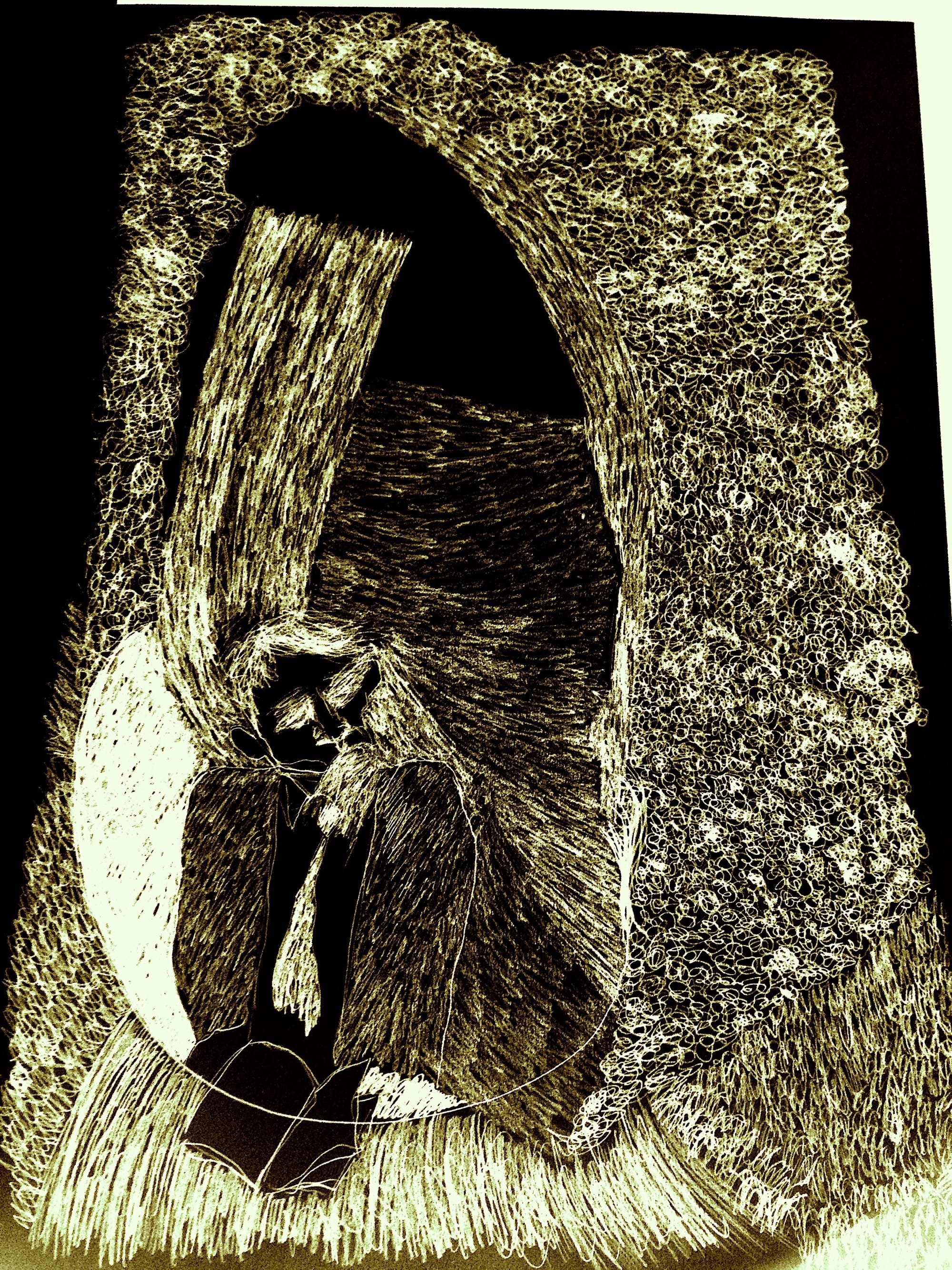 There was a market stall with penetrated tiled dwarf shelving. Various pirate records were sold in dimensions of open storage. He liked to hover around these stalls and pick out the LPs with life-harness potential. Leisure wasn’t a reward for work.  He sought integral components of derangement. Some days he’d inter backwards. It became a way of noting the time it took to tie a shoelace, pour coffee, smoke a cigarette. Fluid plastic states like reading became escape channels where his brain activity, habits, nerves, education and environment morphed between standard, varied and simulated. New standards were reached. Rates of advance were carefully monitored.

He read the two copies of the same Kafka novel in contrasting ways. One he read as evolving organic life. The other as psychically balanced with nerves.In one K was a rupture under the pressure of an expanding organizational strategy. In the other K was a prosthesis to innervate environments. The first was a demonstration of a completed creative circle. It was not altogether different, thought Johnny, from a push-button exhibit at a local science fair or end of the pier slot machine.The second was more cathode-ray or x-ray, correlating dreamlike images recollected and presented as a unity. K here was the after-image of a memory flash, according to Johnny. Latent energies, excitations and phosphorescence from deep inside emerged without any intermediaries. In this Johnny felt a quiet affinity: Kafka was both cave painting and, alternatively, the manufactured technology coexisting within a transpiring, absolute body.

By the cathedral, clutching both paperbacks, he let the severe cold return him to a life of imminent states. What was cultivated was a prosthetic of human discernment. The grey light and the swirling snowflakes were the spatial perceptions of inattentive habits. The records he listened to were a kind of industrialization of sound. If nothing in the end worked it wasn’t because he was innocuous. If you want to have a go, call it a racket! But actually, it wasn’t all fatuous. And some of it proved endless.

What about his feelings? He adjusted so that he could reposition his responses to situations for a varity of purposes. Interactions with girls now modulated into multiple positions, standing or sitting, shaped to shifting motions and flexible reading regimes. Everything was primitive and if there was erotica at all it was a matter of ostracizing rather than trimming.

‘Why the need to enter white bleakness?’ he asked S at the time. She had the continuum of a polished object, and smoked with a limp wrist and dreamy eyes.

‘Because we need cause and effect in time and space. Because humanity is individualized and detached from natural adherence.’ She was like Becall's healed  fact. Johnny guided his own pure thoughts and feelings primordially.

‘ And of instinct, intuition, imagery, thought, magnetic fields of exhuberance, the constant interchange between the living and the dead, the architectonics of the seen and unseen, the transparency of exchange, the flow of intelligence and feeling, sensations, qualities, feelings, affects, the amorphous relations of trees, rocks, mountains, rivers, the ocean and sky, equipment, furnishings, sculpture, paintings, technology, physiology, psychology, hygiene, resurrected facts and visions, dreams and fact? What of magic?’ his voice undoubtedly excitable and decisive. As if he wasn’t quite sure enough. 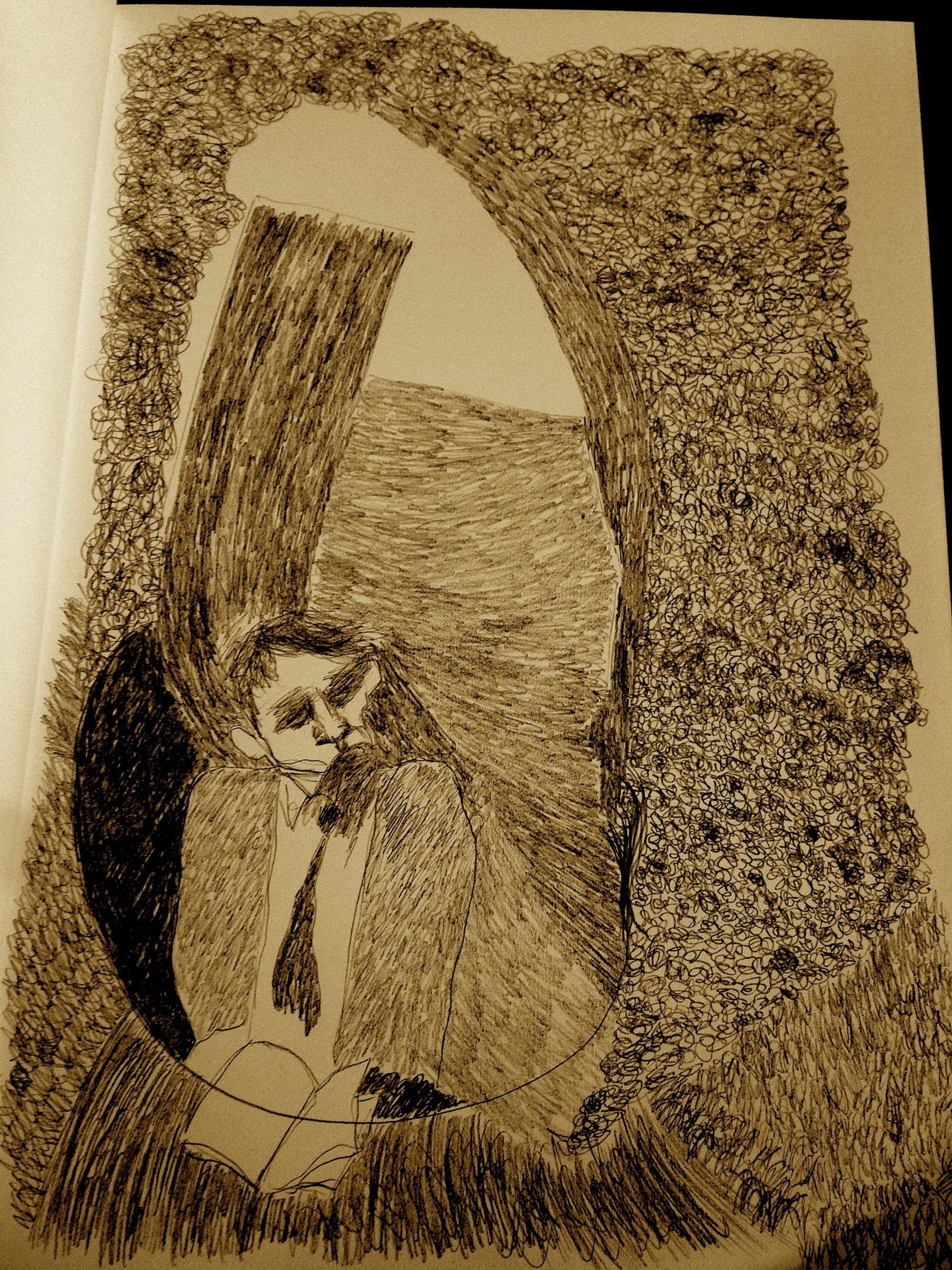