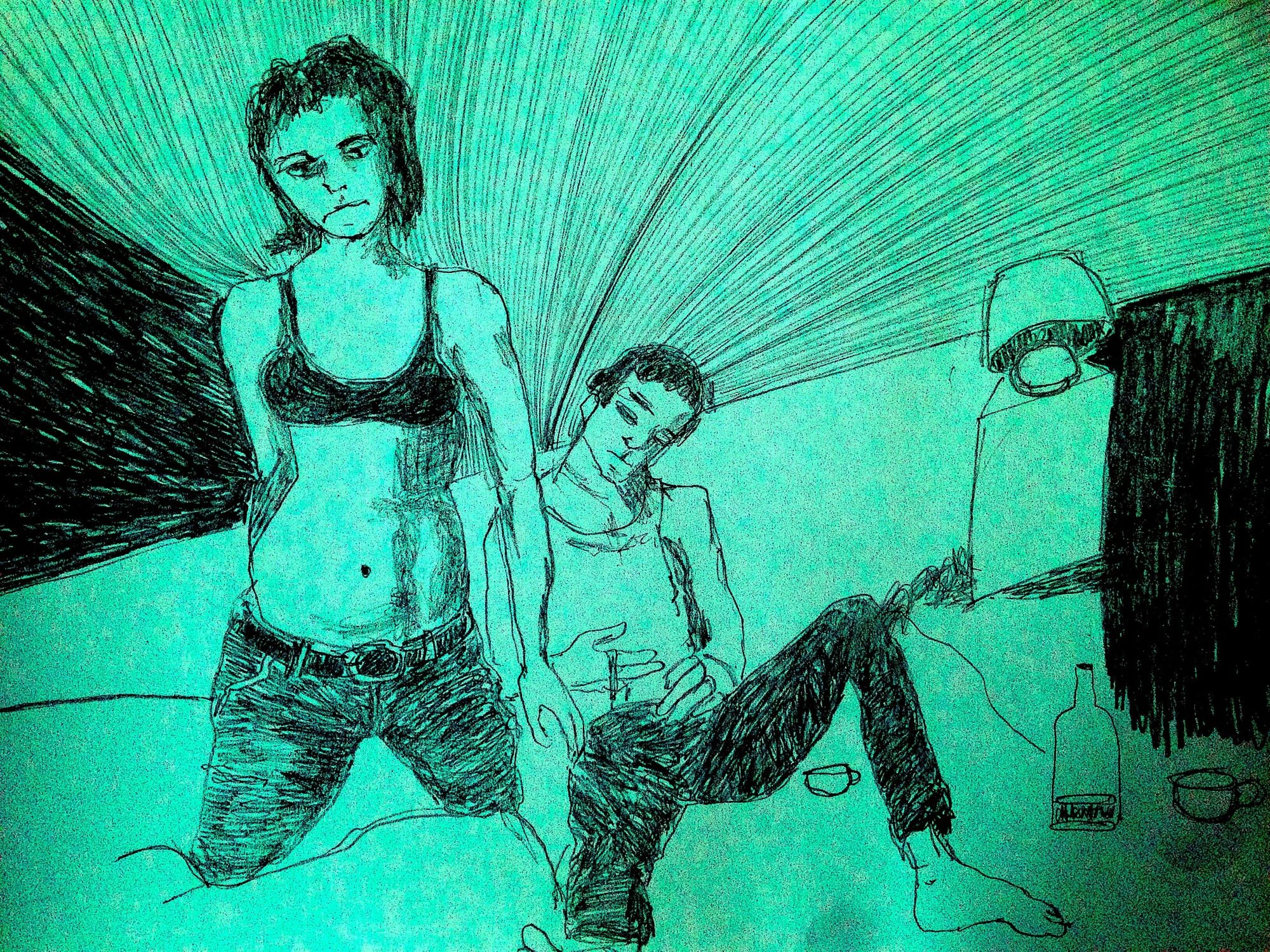 Wicked little seeds everywhere. Bright and dark, unlimited in number, the seeds are where life traces back to. Organisms come from seeds. Seeds are not mini-homunculi. They are just structures. These are the hidden depths. There are whirlpools of current and undercurrent. 'There are promised murders straight from God’s workshop,' sniggered Johnny once with what force, we shall not discuss. Seeds provide a frame. The materials are separate. The house has control over things with souls. It comes to be present in them. Seeds produce souls. The house is the strongest power. It creates the cosmic vortex. It controls everything. It controls living things in a special way. There are other powers along with the house. Opposites are powers. They have a local range. Seeds are life powers. They develop in structured ways. They don’t plan their own development but they’re still intelligent. The house orders and designs. Primitive clusters develop by adding more opposites. It creeps into living things in portions. It has rapport with the living. It went insane, speculates Johnny. It wants the world to be a dark stone. It seems addicted to tight skin. There seem dislocations at material depths. The grieving can still see, but only for a few hours. 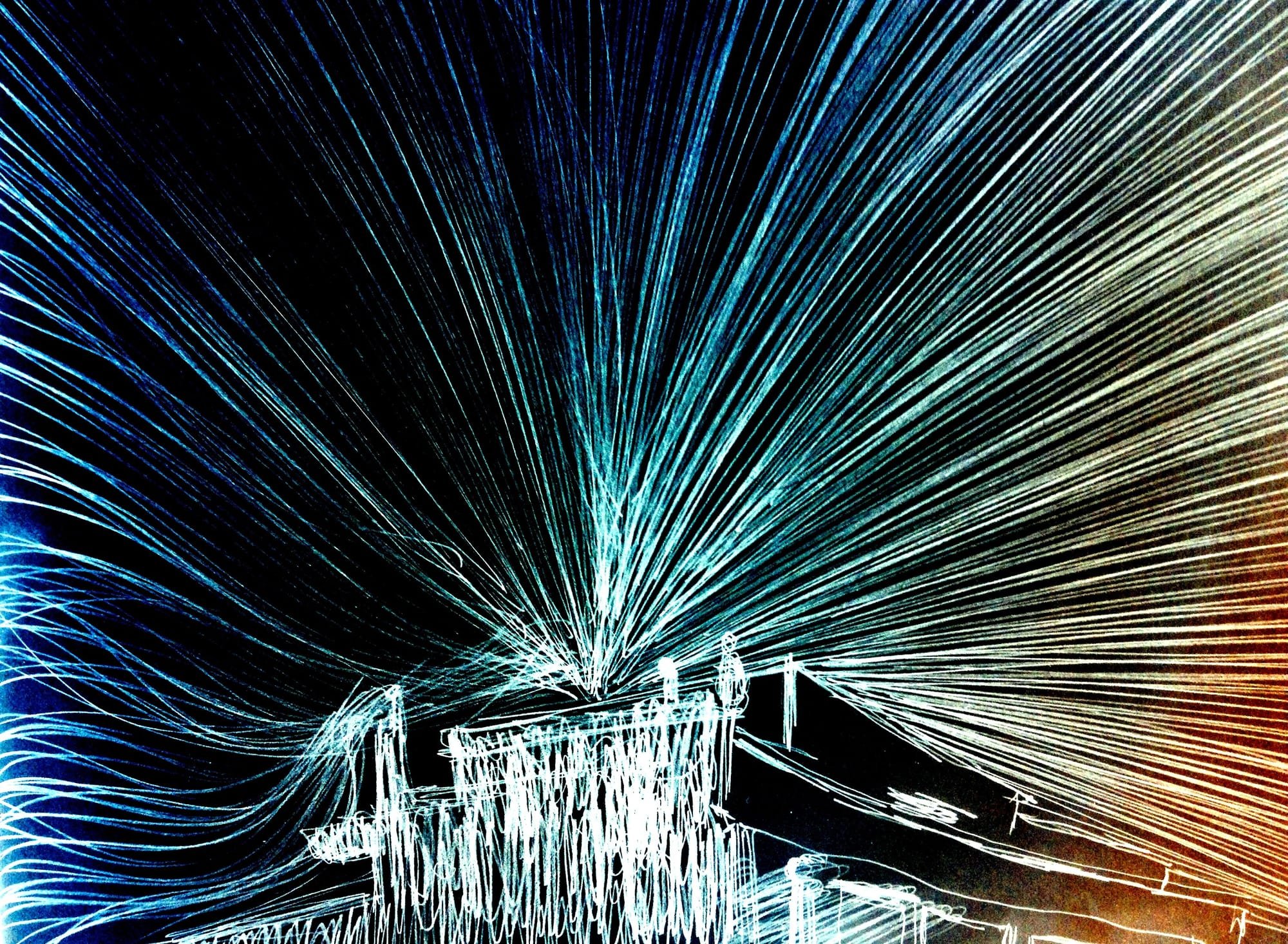 Eleanor left. She asked: ‘Whose hand was I holding?’ when the nearest to hers was a room away, shuddering in a dim corner. This is a lunatic, filthy thing. She was learning the pathways of Johnny’s heart, and doing so seriously. Her eyes were dark circles. Leaves moved overhead, the sun shone and the warmth was like ridicule. She was pale and serious, a bewitchment with a frown. What she knew about him was like what she knew about herself. There are things beyond what I can see, despite his vanity and gallantry. She was amazed at her thoughts which were always in a sort of child's wheeled toy.  She took herself at something other than face value. She hardly dare guess what he thought of her. His little frowns and moments of absorption irritated her and she resolved a fierce resilience. He wasn’t going to catch her cheaply, with words that never really enlarged anything. She wasn’t willing to trade her feelings for his words nor his own secrets. She understood that her warmheartedness must be patrolled with the determination of a border guard German shepherd. She was sure that his easy gestures of affectation and grace were hooks. I’m not wriggling on that, spewing my guts onto his floor, she hissed, clenching her soul to the thought. Does he feel sorry for me? Or does he expect that I feel sorry for him? He’s altogether selfish, she added, surprising herself. Everyone wants to be cherished, she might have said out loud, or pressed it further into her darkening, expanding inside.

‘You must be a very lonely guy,’ she said with a kind of rigid amusement. But what she meant to say was: ‘Why don’t you grow up? How many women have you spoken to like that, and how many have already said that to you?’

Her resentment added up to something like: what do you know about me anyhow? Why had she come in the first place? But of course, she had had to come. She had been so bent upon her own despair that escape into darkness had been vital. She had enclosed herself in a tight, vulnerable, impossible fury, had gripped him as if achingly aware that one of them had to be the last one to speak.

‘I can’t imagine why you think you have any right to interfere in my affairs,’ - her language formal and full of recriminations.

‘Nothing you do is of any interest to me,’ Johnny had responded grimly.

‘I am sure,’ thought Eleanor. And then: ‘He shouldn’t be allowed to get away with it.’

‘You’re making a fool of yourself.’

‘Suppose I’m not though. Then I’m blessed with all my heart.’ She moved along.

‘You could hardly say anything else.’

She felt absurdly sure. None of this was irrevocable. Everything sloped away. Everything had seemed an extreme intimacy of expectation. Her eyes blackened and curved and widened. The world suddenly stilled. The birdsong stopped. The wind gave up. The sky went from pale to black. Everything else gave up their dark colours and blenched eerie lights. Everything was transparent, white and ghastly like rib bone. Nothing was sane. Nausea nearly doubled her. What was screaming? When she looked at the back of his head it seemed to shimmer and unwound into strands. The annihilating whiteness of his head caught a little sob of mindless cold. Her terror seemed destined to take her. There were the sounds of footsteps but not their own along the narrow path.

They had been nearly crazy, something going invisibly along with them and then standing away from them in invisible grass. They had both tried to get out. It had been about then that time as they’d known it stopped being time. They both felt delicate and immobile. She observed him coldly. She tapped her foot irritably. She chose long perambulating bike rides through the city. Her face sang with a kind of rising astonishment, as if she had never guessed she might be so happy. Johnny was now more a disturbance. What she didn’t need was his trash. 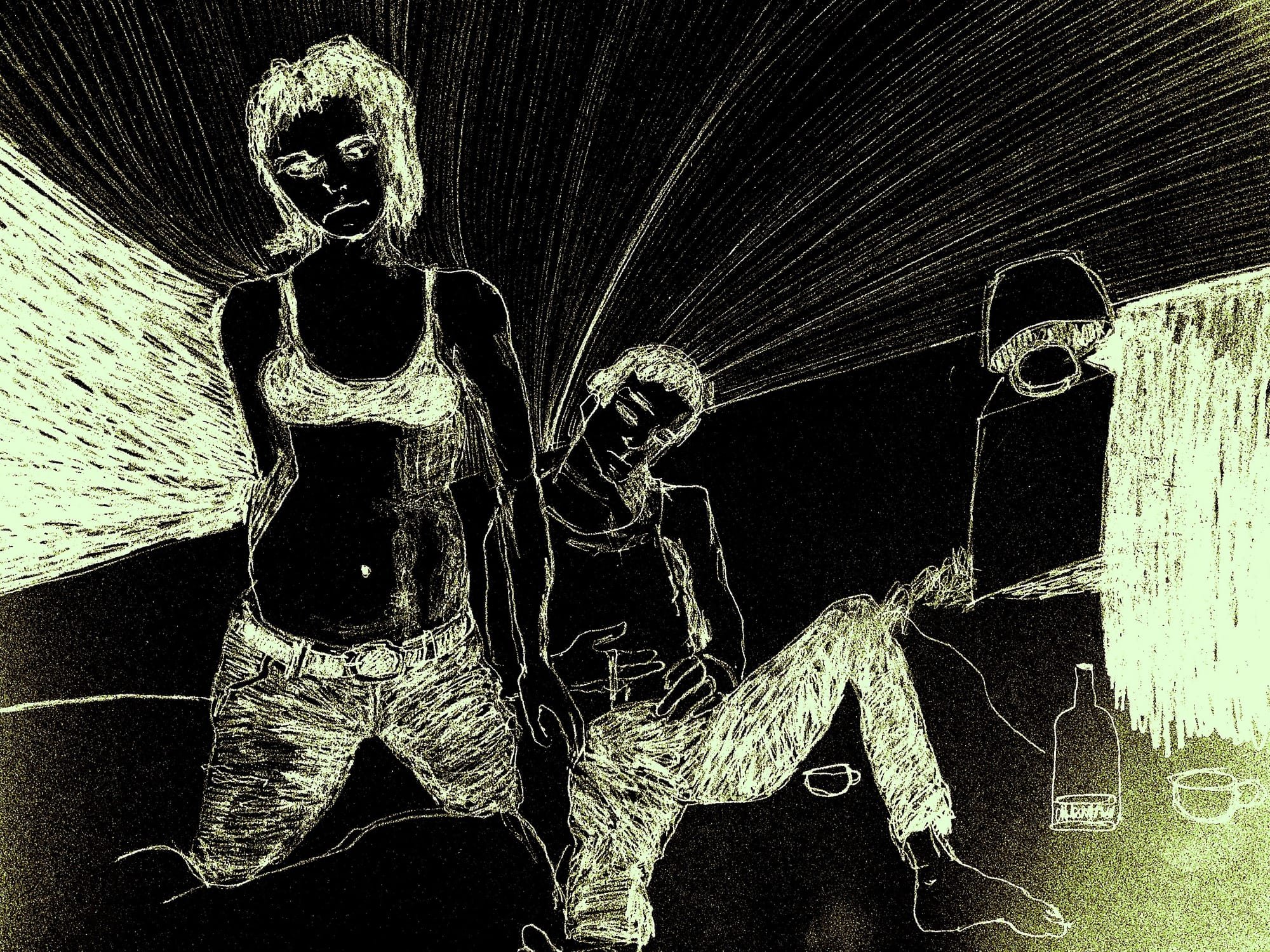