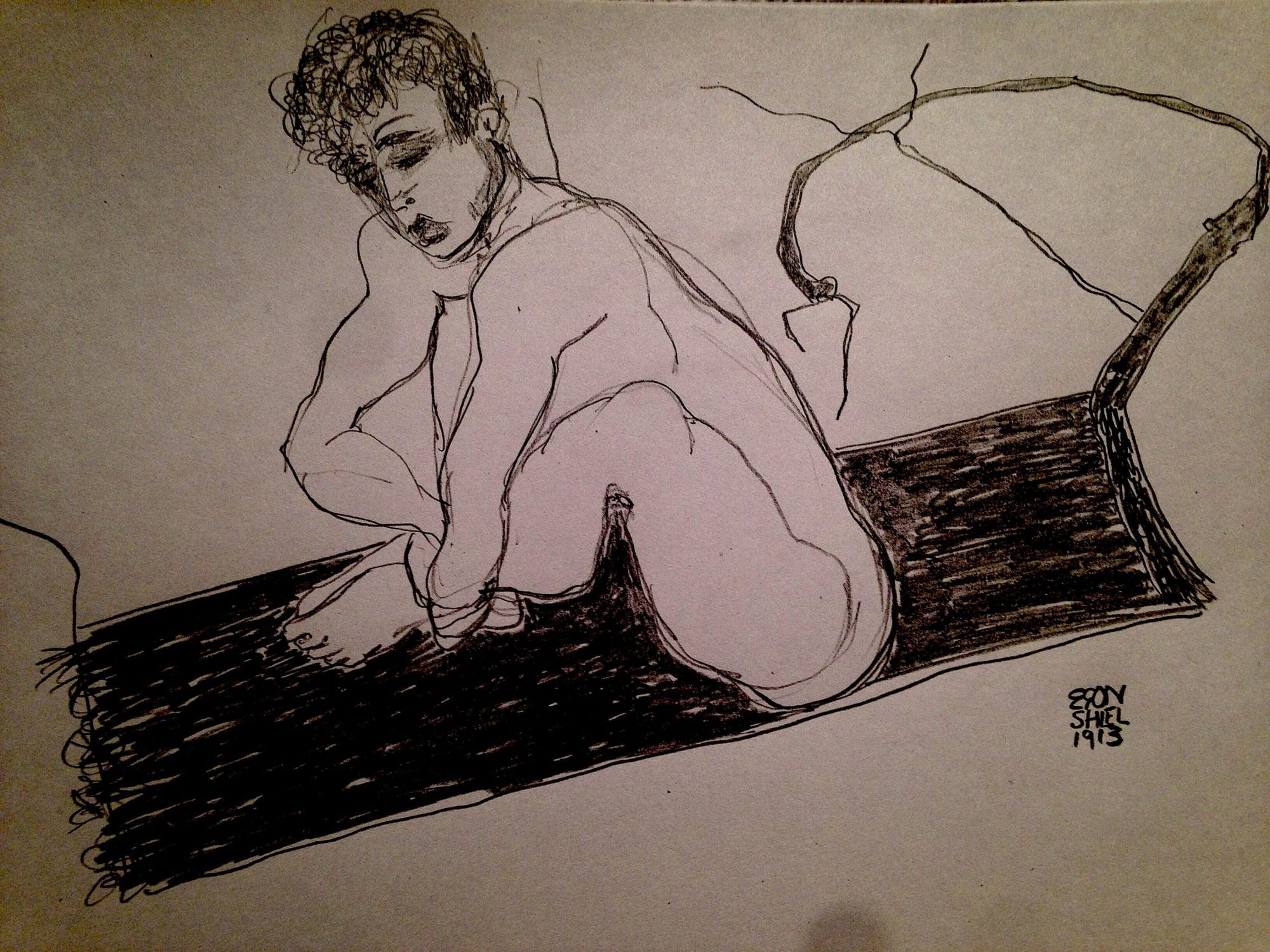 Eleanor was never going further than Sussex. It might have been better to merely produce a picture, like an infinitely long row of marbles. In which case there's a blueprint for a fairytale somewhere in this. Certain psychological accompaniments correspond to algebraic free reign. A line sometimes tells us nothing. Lives on earth are where meetings of blue and gold are possible. That too may be no more than someone pretending to be themselves. Hot swell summer heat hides new purposes in plain light. On beaches, on hillside meadowland picnics, rose-garden fulcrums, Eleanor desired that nothing was communicated as such.

He was channeling other complacencies. For one, he was not lining up chakras nor mustering. It was a hollow season. Being well depended on a balance of sorts. On the one hand she had allocated time. On the other she was afraid of the dark. If you keep halving you never get rid of anything. Her little purple dress and all the girls gathering round was a matter of being too aware. And his dream was a resemblance playing dead. Their antics were never more than last ditch attempts at discouragement. The odds were standard. 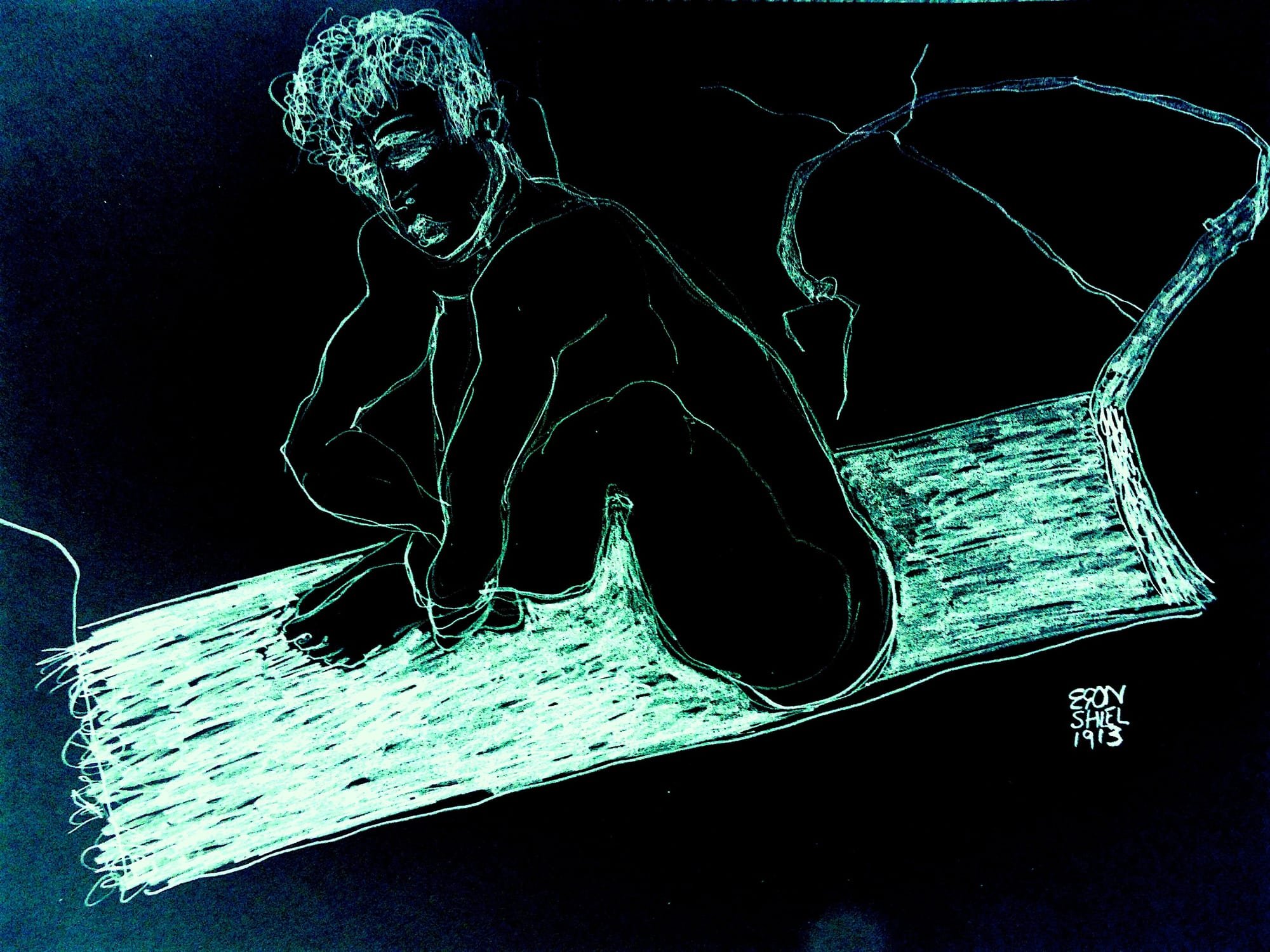 ‘In my mother’s house,’ she laughed, ‘ the kitchen is dark and narrow, and nothing you cooked ever had any taste or colour,’ she announced one evening. She sensed the curve in the hot air. It surrounded the time. Would everything fly apart if the circle snapped? What if there was a fire? There’d be something forbidden in the ruins. Perhaps it would be like looking down forever. Johnny, meanwhile, glimpsed a slight creature creeping out from a little window onto a slanting roof. It aimed at a spire. It carried a knotted rope. Johnny’s world rocked. Everything tilts, the sky too. It turned and swung.

Eleanor caught him when he was dizzy. Nothing was too bad if you could. There were ways to get inside the house. But as Johnny said, he didn’t think it was sleeping. All the doors were closed even after he had opened them. His face was pale as silver. Hers was a little cloud of china. She painted her nails as citation. ‘I’d like to paint myself all over,’ she supposed, her eyes changing the climate.

‘No matter how you say that, it sounds dry and frightening,’ said Johnny. He couldn’t explain the wall of ice. The house was his air of neglect.

‘Do you always have the same dream?’ she asked him.

‘Everything is worse if you think something is looking at you.’

‘ Only because of what happens next.’

‘I’ve been waiting for a long time.’

‘Promise me you’ll leave as fast as you can if you begin to see the house catching at you.’

‘Something knocking on the doors.’

‘Maybe it will go down another side?’

‘Its looking for the room with an inside.’

This dream’s a kind of mosaic. Johnny didn’t pay for communion with his destiny. He’s as frail as a southern winter night. He kept up his quarrel with his kind. He sensed some strangely waveless time. Somewhere that refused to leak out. Yet everything threatened to exceed its form. Gestures. Artifice. Angst. Effort. Ego. The whole thing flattened. Eleanor wondered about the wide domains he seemed to encourage. She was correct in that he was exposed. Their relationship was aeronautical and a tangle of contradictions. Elimination was neither. And took place with a sort of cool friendliness Johnny always hated.

‘We were just decorating the surface with paint,’ was how Eleanor puts it. ‘But first we had to break everything down and then build up.’ Her relation to appearences was part of their concept. They spent a whole summer translating Klimt and Schiele into English. Talking and touching physical auxiliaries were plaintive extensions. 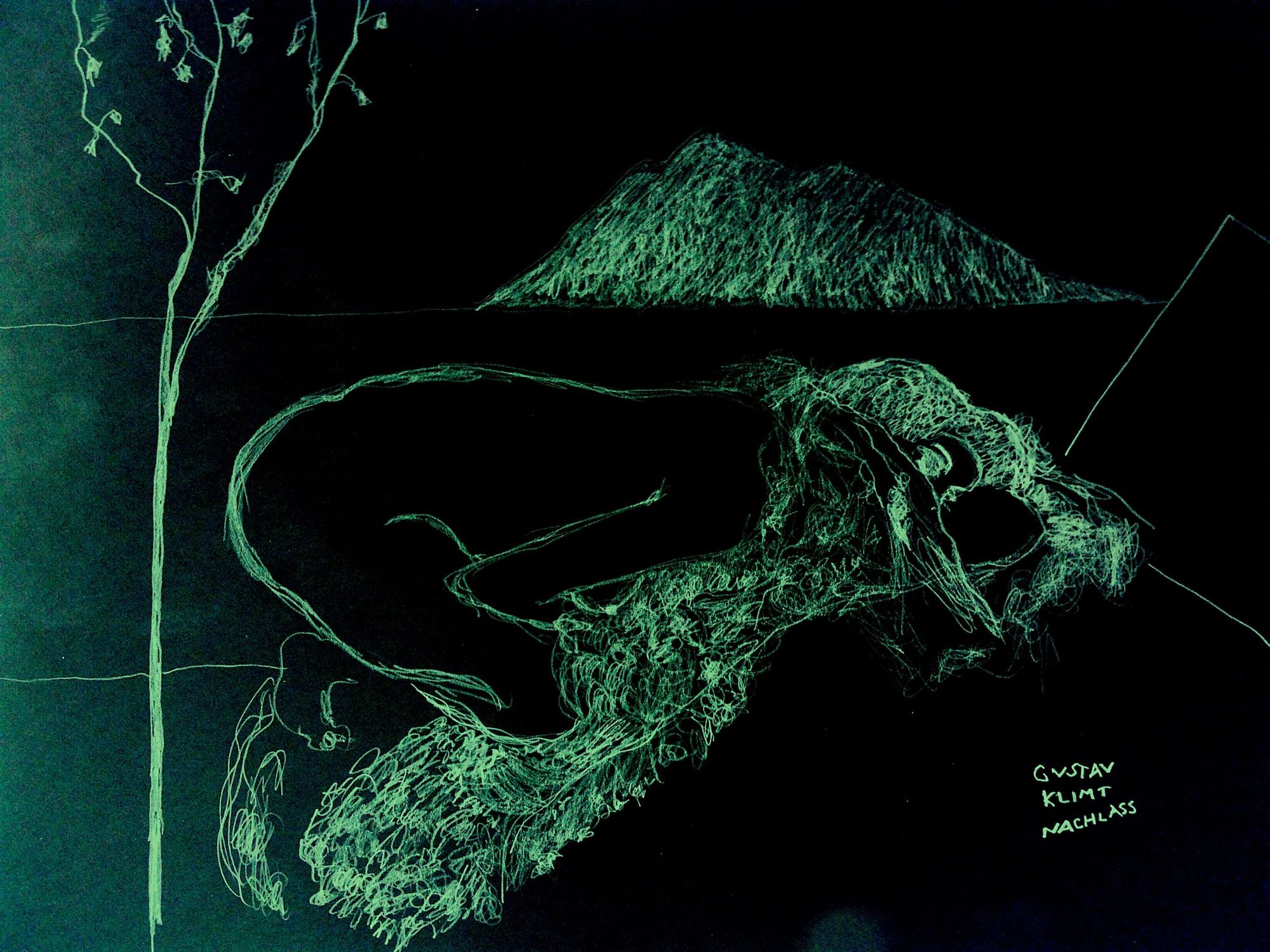