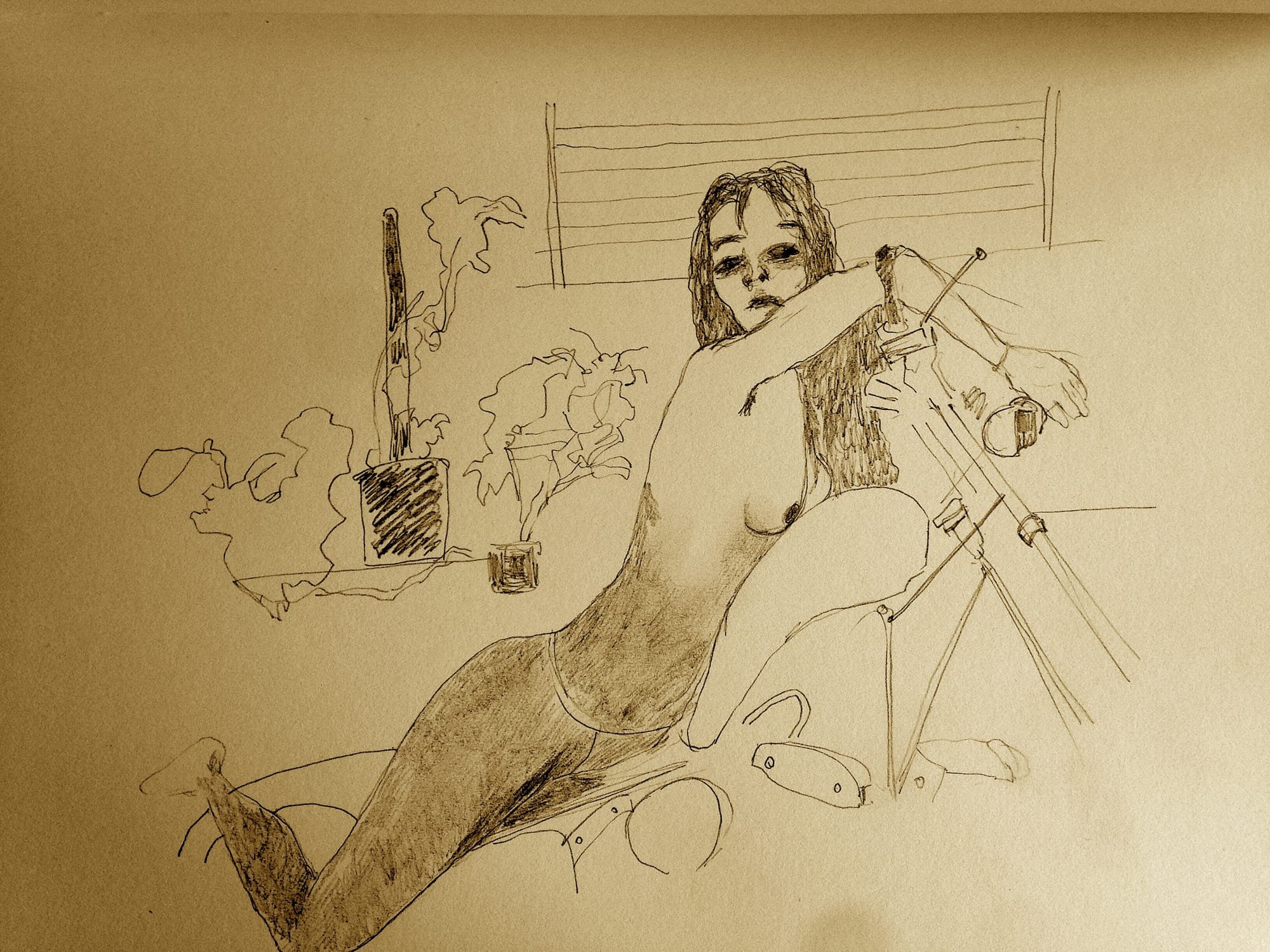 This was a conversation that was burning him down. He wondered sullenly why it was about himself. Why was it his ways being discussed, and not hers? He felt idiotic and without reserve. It was as if he'd asked for it. He had wanted an intimate conversation but he gave out too much and couldn’t hold back enough to examine stuff, and give advice. He felt suddenly tired of everything, as if the  burden of existence now pressed on him like a nameless beast, a weird and maniacal creature who somehow was attaching itself to his shoulders and back. It was surely an exaggeration. Who could ever know of such a thing happening even if it were to? He'd never thought of himself as a visionary person. He thought of mangoes and how he wished he could eat one right now.

It was as if she had become too dangerous a crossing. He was not accustomed to this. It had become a kind of wayfaring with terrible consequences. He trembled and halted and tried looking back. And so he felt disinclined to offer an opinion. He sat gigantically in a state of self-constraint. He almost looked idealistic. In the midmorning light he held shades of gold and chestnut in his face and his tongue-tied silence might have been taken for peace. But she just thought of him as one of those who takes things too hard and never makes the right connection.

He complained that no one had complained before. He strutted in front of her showing off his ways and means but it was already all about boundaries and restraint. She was the kind who knew her alphas and omegas and could bear the mobile fetters of existence better than anyone she knew. Her rationality and mysticism treated the beyond as easily as her nail varnish. By noon she had kicked him out with contemptuous hugging and stretched Auxiliary verbs.

Some days she didn’t know how to act. Each step was of diffidence untutored by objective etiquette. Troubled gaucheries were qualities she made charmingly disarming. In public spaces she was a systematic amendment. Nevertheless when comfortable she would flow out of herself and become more and more of an inopportune voice. Her inner anxieties were increasingly insufficient.

The road was black and eyes were covered in sleet. Trees didn’t know how to bow. They flowed out of the dark horizon which was nature’s slip of the tongue.

‘Who the hell were your forefathers?’ she asked.

Drenched, she felt she was fading away like a clarinet. A blind mole doesn’t notice the sun. Conversations were already swinging too far one way. Candle light was barely an opening. A full diameter of hope was invaded by the weak flame. She felt everything in her memory clearing, like giving birth to a shade. The rain was drenching through and through.

‘Sit down. Close the door.’

‘Did you know your mother?’

‘Everything here depends on my mood. Do you understand?’

‘Sanctity, by the way, is not an annually ascribed office. It’s a permanent state. God’s not capricious. Not capricious enough for any of us to notice at any rate.’

‘ Are you asking me whether I’m part of God’s continuity? If you are I have to say that I wouldn’t know where to start…’

‘ The permanence of your sanctity complements other more transient things. That’s what I think you should focus on.’

‘I think I’m rare. My authority rested on the respect of others of course. Which multiplies them in a peculiar way. So the deep contradiction is this: I must be rare and yet I multiply. It is the sort of contradiction that exists between the nature of sanctity and its inheritance. It is where we might say the link between diffusion and concentration lies.’

‘Not all saints know their lineage.’

‘Saints? I’m no saint. Who the hell could be? What made you say that?’

The sheer size of him, his excessive abundance, scale and exaggeration made something infantile creep across the floor between them, like a doll not knowing enough about the meaning of ‘enough.’ Lives, being wild experiments, should not be treated as such. Her striking table and furniture, the valences of the shutters and the shadows they caused, were auto-erotic refusals. She liked her cats. Their time was a kind of hairy phobia. 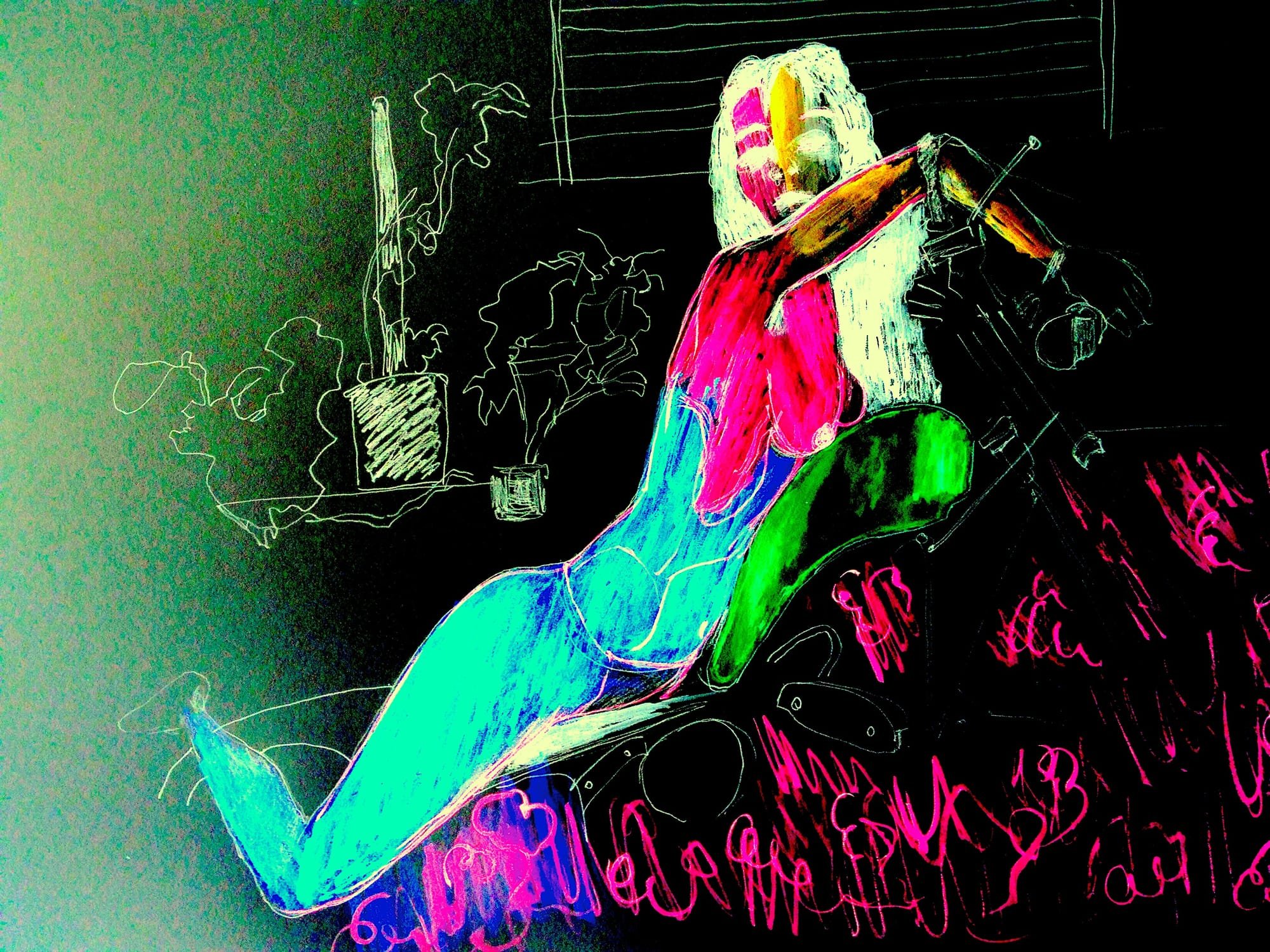