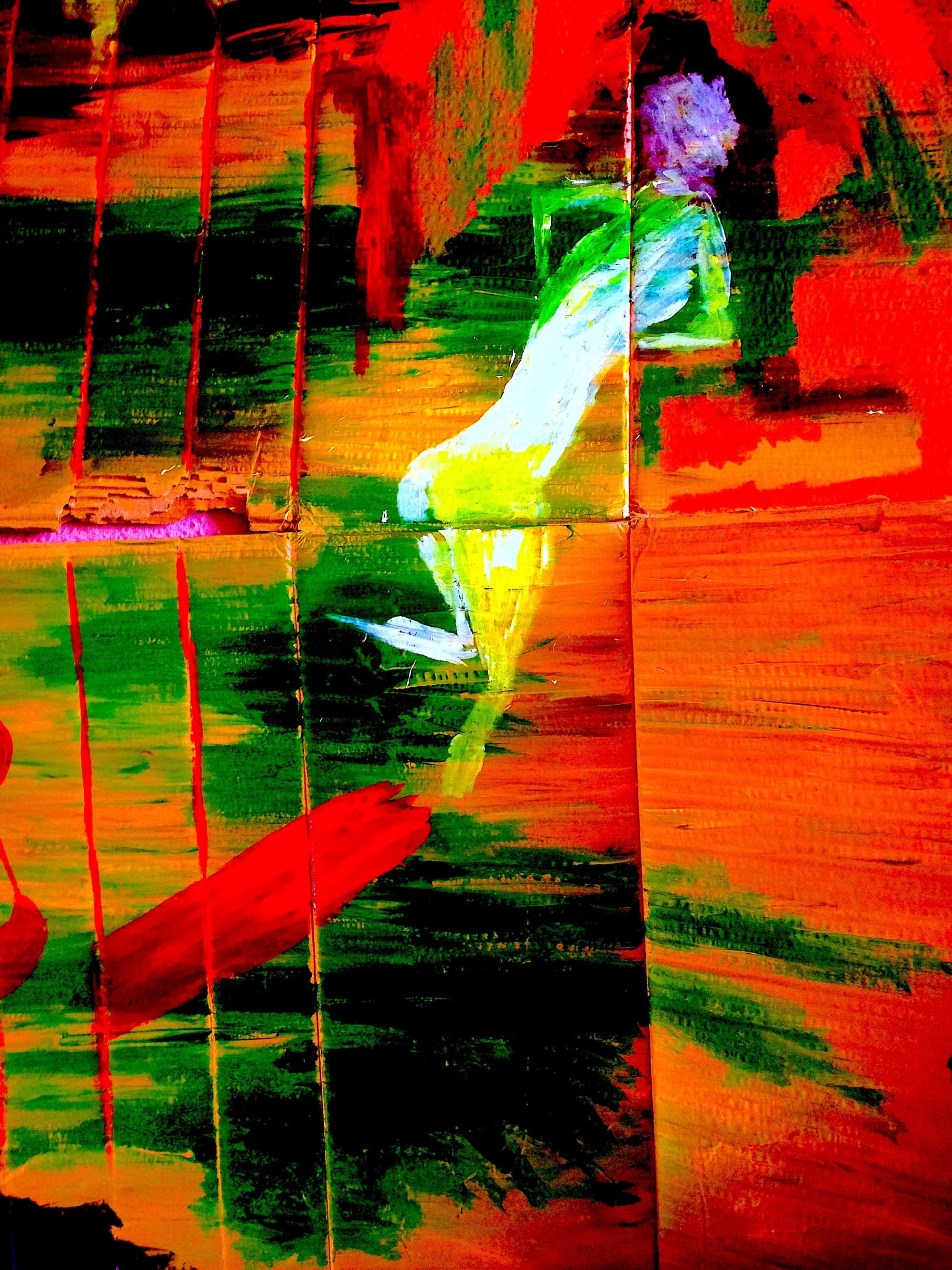 It was a speck crossing the cornea, a vast scope in a tiny cluster of mysteries that descended all at once into all of the human race, so they all saw it at once, first there, in themselves and then somehow over there, and over there, wildly again and again, corpuscles of something that everyone recognised as being about themselves, as if it came from way inside them, or from Pluto, some mysterious vast distance shooting down a white elevator all frosty, clear, windy, piling up like feathery plants and muffling distances, immense, conveying and feeding the strangest, scariest luxury in its humdrum, miraculous setting, its motive unknown but surely ulterior and entwined. It allowed no opposing greatness, was a kamikaze vision, billing voices in the inner ear, a permanently forsaken persistence and exemplary knowledge that showed the heinous truth of the battalions of each and every one of these avid souls. It worked as a one-way ticket.

What was it? The damnest thing! An albatross stretched across the globe, as if the earth was creeping away or straying, a semblance of sorrow and lamentations to come, never touching the ground. But the result in horror is what counted when the sailor shot it down dead.