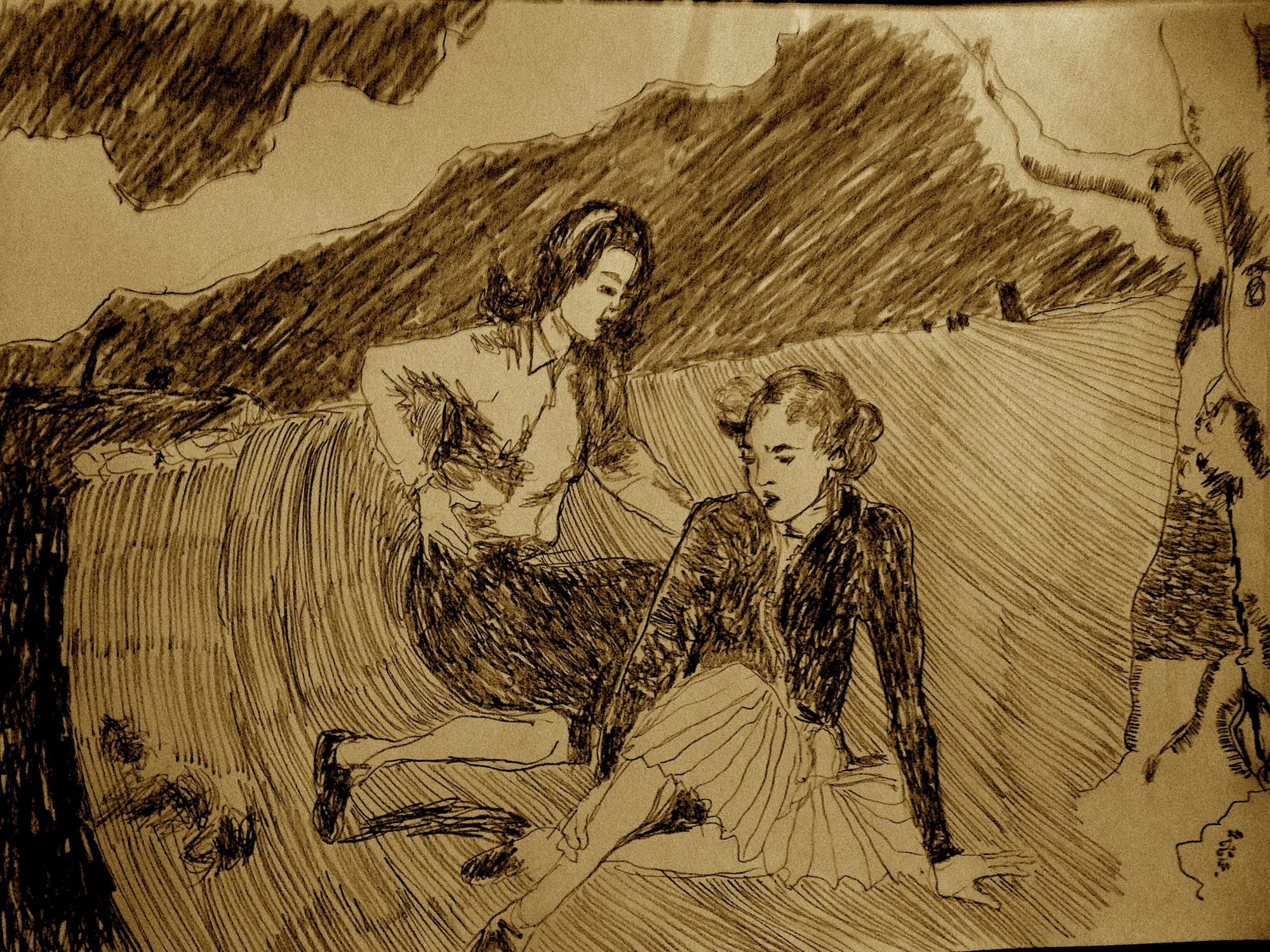 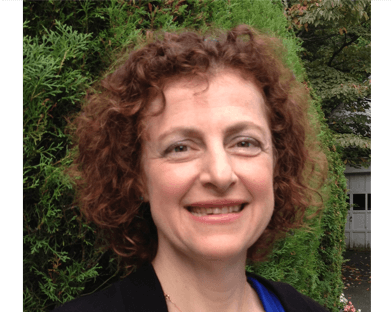 'I recommend taking a social, rather than an individual point of view when making assessments about rationality and progress. An individual’s reasons for working on a particular theory may be accidental or irrelevant (e.g. they may have found it aesthetically appealing), but it is important to the scientific community as a whole that someone is working on the theory.'

'There is, definitely, a gender component in the traditional bifurcation between the science and the art of medicine.'

'Medical knowledge, like all knowledge, is fallible. However, certainty is not necessary for knowledge (unless you are Descartes).' 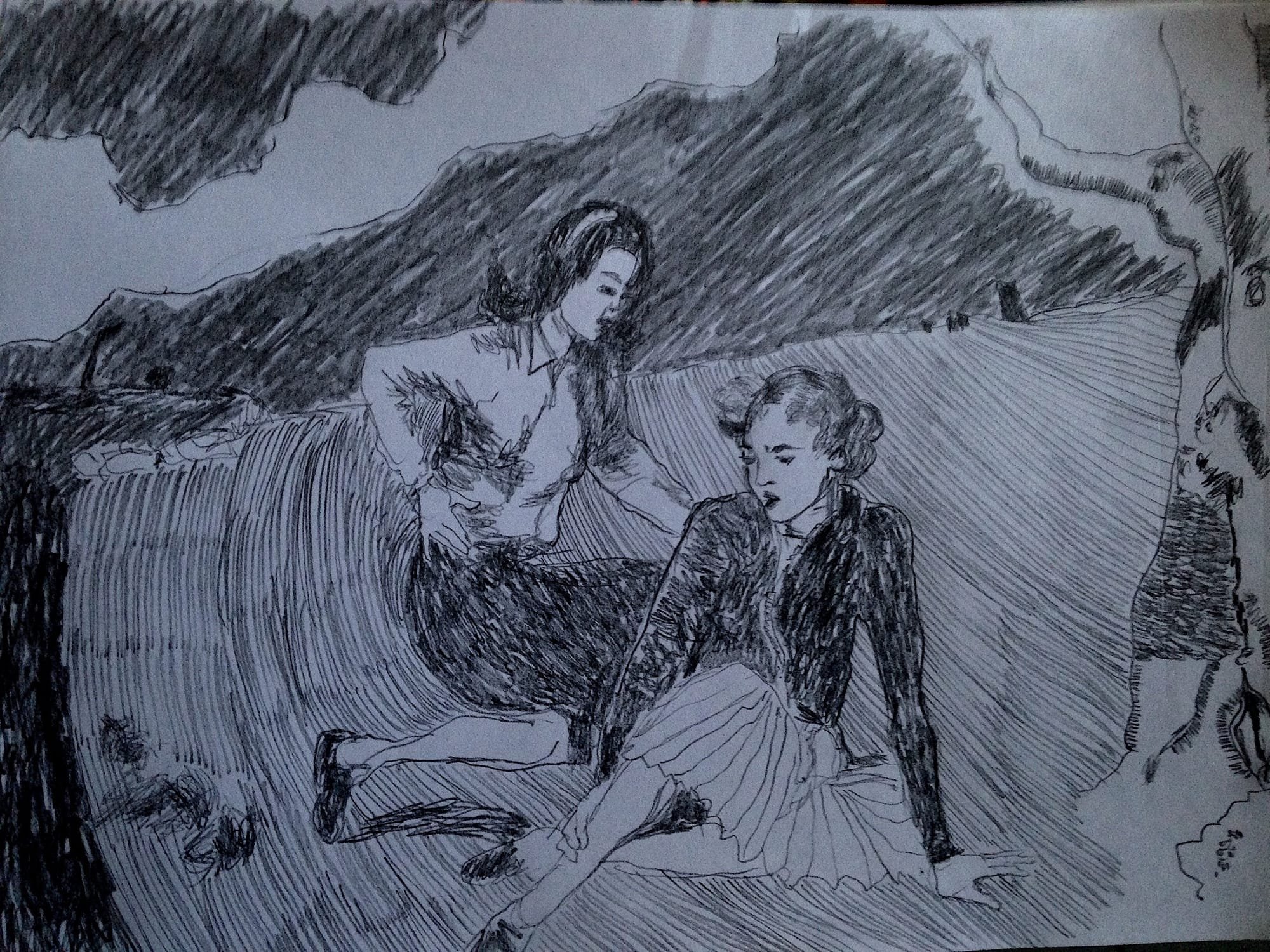 3:16: What made you become a philosopher?

Miriam Solomon: When I was eleven, my growing understanding of science produced religious doubts. I was raised ultra-Orthodox Jewish. My father (an Orthodox rabbi with university background in philosophy) told me about Descartes and Berkeley, as well as about Saadia Gaon and Maimonides. My doubts recurred during my undergraduate years at Cambridge University. Since I was a Natural Scientist, I could choose to specialize in History and Philosophy of Science. Soon, I realized that I needed more training in philosophy, so I applied to Philosophy graduate schools. By the time I resolved my existential beliefs, I was deep into a career in Philosophy and fascinated by another set of philosophical questions. I have often thought that I would have enjoyed a career in medicine equally well. 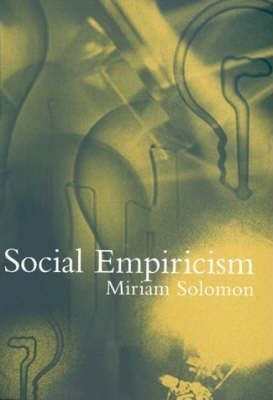 3:16: You’re an expert in social epistemology. One area you’ve looked at is the epistemology of science. You’ve developed a new version of this and so in order to understand what’s new about it I think we should look at what it’s addressing and replacing. There were two strands to the situation: one that claimed that scientists reasoned rationally, and that science is progressive. This was the Enlightenment view. Then Kuhn came along and a different story was developed that was relativistic and constructivist. So, could you first say something about this situation and the impact of Kuhn on thinking about science epistemology for philosophy and for sociology?

MS: Kuhn’s The Structure of Scientific Revolutions (1962) was widely interpreted as a challenge to the rationality of science and scientists. Kuhn himself thought that he was replacing the traditional account of scientific rationality with a more nuanced one. All agreed that Kuhn’s detailed examination of episodes like the 17th Copernican Revolution cast doubt on the standard view that science follows the univocal voice of evidence and reason.

3:16: What were the shared assumptions of the Enlightenment view about rationality in science at the time? Are you sympathetic to critics like Feyerabend, for instance, regarding these views?

MS: Before Kuhn, the standard account of scientific method was that scientists generate hypotheses, test them rigorously with data obtained in observations and experiments, and interpret the results rationally. It was commonly assumed that this process yields univocal results, and that science proceeds by accumulating these results. Scientific knowledge was thought of as simply progressive. This standard account was challenged by several philosophers of science—Karl Popper, Paul Feyerabend, Norwood Russell Hanson, Mary Hesse—as well as Kuhn. The challenges are all important to take seriously. Even though I do not go as far as e.g. Feyerabend in saying that “anything goes” as scientific method, I think that his cynicism is a useful rhetorical stance for us to respond to. I try not to be “hostile” to any well-intentioned position. I’m a pluralist and a fallibilist.

3:16: You argue that the traditionalists and those critical of these assumptions are not as far apart as is often supposed. So, what is shared even as the traditional view got eroded?

MS: What is shared by the traditionalists and the radical social constructivists are views such as (a) if there is scientific rationality, it is manifest in the reasoning of individual scientists and (b) if scientists are swayed by their emotions, they are not rational. They have similar views about the nature of rationality; they simply disagree about whether or not scientists are rational.

3:16: Is consensus a bad thing in this context?

MS: Consensus (agreement) is neither good nor bad in itself; its appropriateness depends on the both the scientific and the political context. In general, we (scientists, philosophers, people in general) have too much consensus. Dissent is important for science, philosophy, and society. Viewed from a social perspective, it is a powerful epistemological tool for dividing cognitive labor and resources. Consensus is important only when joint action is contemplated.

3:16: So what is your alternative epistemology of science with regard to both rationality and progress? Is this what you call Social Empiricism?

MS: I recommend taking a social, rather than an individual point of view when making assessments about rationality and progress. An individual’s reasons for working on a particular theory may be accidental or irrelevant (e.g. they may have found it aesthetically appealing), but it is important to the scientific community as a whole that someone is working on the theory. Progress is measured in terms of the accumulation of empirical successes, rather than stable truths, so progress does not require consensus. “Social empiricism” is my name for a particular social epistemology of science (as well as the title of my 2001 book). There are, of course, other social epistemological accounts of science, most notably that of Helen Longino. (I admire Longino’s work, but my views are very different.)

3:16: How do you think we should best understand a feminist philosophy of science? Can it resist collapsing into general postmodern relativism, what you call radical social constructivism?

MS: There are several related themes in feminist philosophies of science. One theme is that gender is a category (or set of categories) that is pervasive in all human creative achievements—including every branch of science—so that an understanding of gender contributes to the critical assessment of scientific contributions. Another important theme is that there has been too much focus on individual (privileged white men) contributions to science and not enough on the importance of groups and networks and diversity. Feminist philosophy of science is at much less risk of collapsing into radical social constructivism than is traditional philosophy of science. This is because it makes realistic (rather than unrealistic) demands for the objectivity of science.

3:16: More recently you’ve developed your views about social epistemology to try and grasp the nature of medical knowledge haven’t you. You begin by critiquing the medicine as an art and medicine as a science analysis. Can you sketch for us what this distinction was? Is this the same as the distinction between group consensus and evidence-based medicine, and does it map onto a holism vs reductionism analysis? 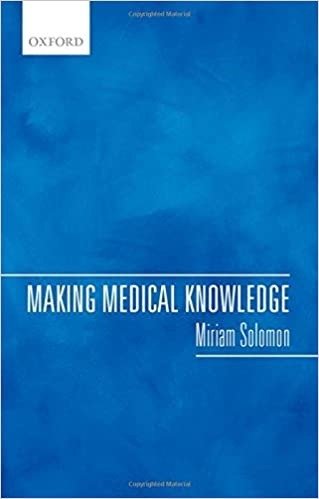 MS: It has been common, at least since the birth of scientific medicine in the late nineteenth century, to argue that there is an “art” as well as a “science” of medicine. The “art” side is thought of as more holistic, more dedicated to “care” (rather than cure), treating the whole person rather than the organ or the disease, etc. I argue that this bifurcation may be okay as a first approximation of methods in medicine, but it does not go far enough to characterize important features of these methods. Moreover, the distinction is based on an outmoded philosophy of science, which characterizes science as more precise, general, algorithmic etc. than it really is.

3:16: Do you see a gendered opposition in the bifurcation of scientific methods in medicine, - science being hard, masculine, objective, Western, rational and all that, art being soft, holistic, Eastern, subjective and all that? Do you think these loaded terms are important factors in the division between arts vs sciences, that they in a way drive prejudices one way or the other and therefore distort?

MS: Yes, there is, definitely, a gender component in the traditional bifurcation between the science and the art of medicine, with science being masculine and art being feminine. It is mirrored in the personification of the medical professional, with the doctor being typically male and scientific and concerned with cure and the nurse typically being female and more intuitive and concerned with care. Questioning these often-distorting assumptions opens up more space to figure out what the methods actually are.

3:16: Are some of the fundamental issues in medicine overlapping with those of science generally – so both methodology – whether medical knowledge is based on Enlightenment rationality of some kind or not - and whether there is progress, are key issues? You’ve already said something about the methodology debate by talking about the arts vs science dichotomy. Can you say something about the medicine specific debates over progress? What are the two sides of this?

MS: There are certainly questions about progress in medicine, just as there are questions about progress in science. Both often reject earlier ideas and practices. This can lead to skepticism about current ideas and practices which, it is thought, will also be rejected in the future. One area in medicine where such concerns are particularly acute is in the “replication crisis”: the finding that when clinical trials are repeated, we get different results more often than expected. It is not easy to answer such concerns, although I believe that they can be answered in some cases.

3:16: You summarise your approach to making sense of all this as being naturalistic, normative, applied, pluralist social epistemology. Why are each of these terms very important to your project of understanding medical knowledge?

3:16: By the end of your deconstruction of the traditional positions regarding medical knowledge what are we left with? Some might argue we have no idea what medical knowledge is and don’t know if we’re making progress? Isn’t it a dereliction of philosophical duty to leave us in this state? Or a concession that theories of methodology and progress are irrelevant?

MS: Medical knowledge, like all knowledge, is fallible. However, certainty is not necessary for knowledge (unless you are Descartes). We certainly have powerful studies suggesting that we are making some progress in treating some (not all) diseases. “Deconstruction” of methods is not, in my hands, destructive of them; it merely shows the ways in which the methods have limitations as well as successes. 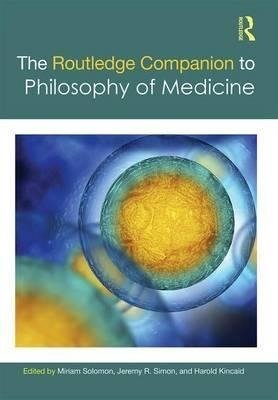 3:16: Can you say what your current position on social epistemology in medicine looks like? Is translational medicine where you rest?

MS: I describe four different methods in detail: consensus conferences, evidence-based medicine, translational medicine and narrative medicine. The conclusion of the book is that each one is indispensable, and we will probably develop further methods in the future.

MS: With the support of a Guggenheim Fellowship this year, I have begun a project in philosophy of psychiatry, looking at the “crisis of validity” of the DSM and the ensuing development of a variety of classification systems for psychopathology. From a scientific point of view, this pluralism is desirable. However, pluralism is difficult to manage in clinical, educational, and health reimbursement contexts.

3:16: And for the curious readers here at 3:AM, are there five books other than your own that you can recommend so that we go further into your philosophical world? 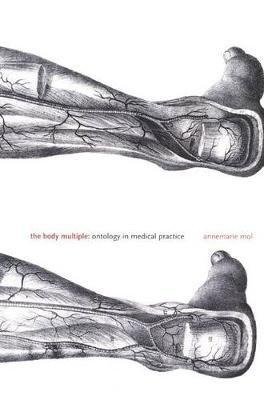 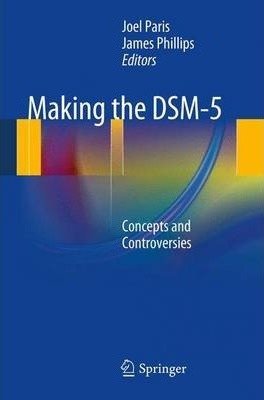 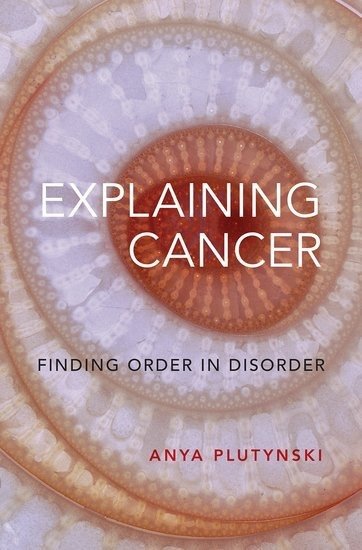 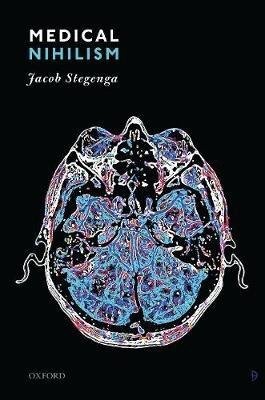 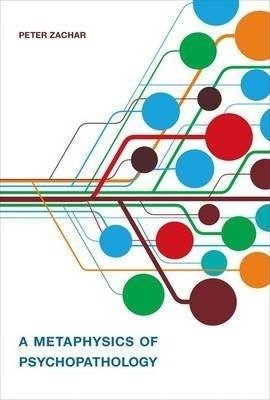 Peter Zachar, A Metaphysics of Psychopathology 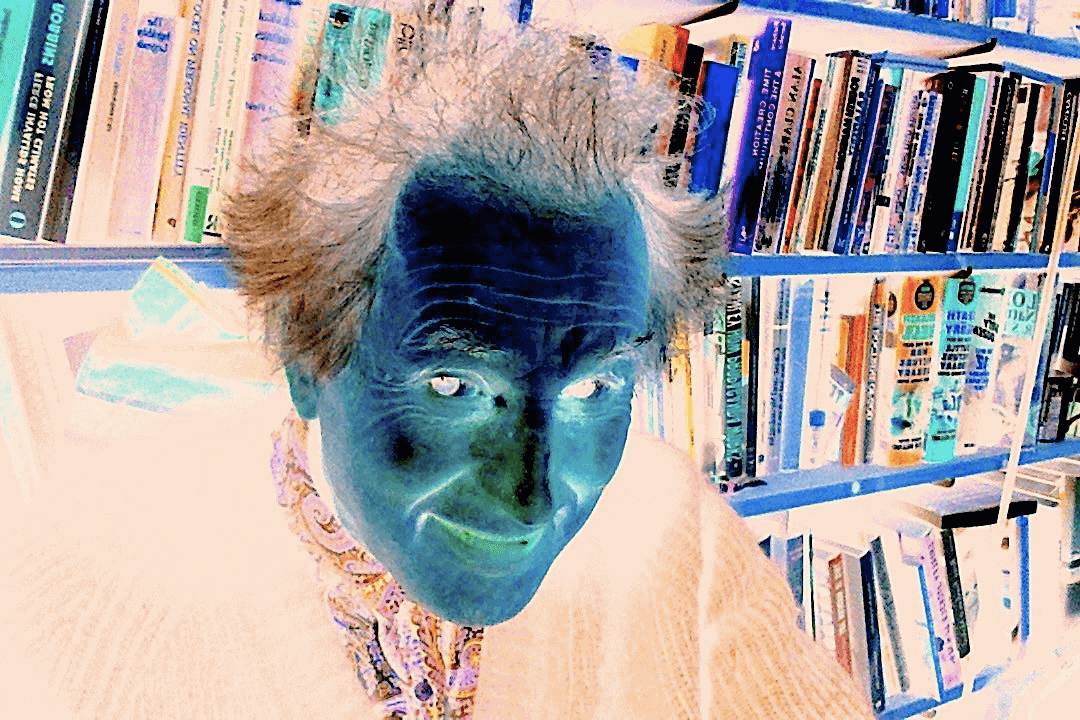 Richard Marshall is biding his time.

Buy his second book here or his first book here to keep him biding!